Microsoft has never offered a truly great media player for Windows users. If the file format is unusual or, worse still, the file has DRM, then the pre-installed Movies & TV app won’t play it. Don’t even think about trying the ancient Windows Media Player, either.

With that in mind, you’ll need to install a top-quality media player, capable of playing any type of file you throw at it. You don’t need to pay for the privilege, either, because here are 7 of the best free media players for Windows you can install today.

When the Movies & TV app doesn’t play your content, the first free media player most Windows users will download is VLC Media Player. It remains one of the most well known and arguably best media players available for any platform, including Windows.

It’s rare that VLC won’t be able to play a media file, with exceptions for files that are encrypted or have been corrupted. It can play local media files, as well as handle internet live streams and broadcast content from other local sources like a digital TV receiver. 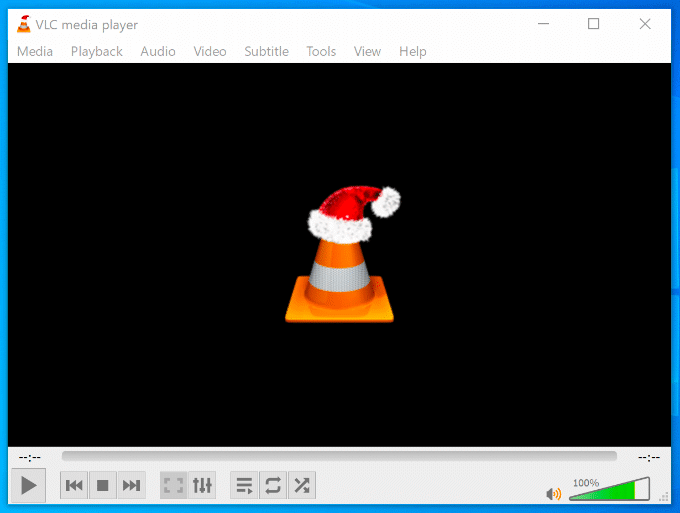 VLC can also help you convert video files from one format to another, save YouTube videos for offline playback, and record your own videos using your webcam. If you’re a music fan, you can use VLC to play your music with your own VLC music playlists.

Kodi has a bit of a bad reputation in certain places, thanks to an active third-party add-on scene, but it’s one of the most functional and best free media players for Windows 10 users.

From its humble beginnings on the original Xbox, Kodi has grown into a big-screen entertainment platform, capable of playing music, videos, TV live streams, and more from a single interface. The UI is designed for TVs, but that doesn’t mean it can’t be used on PCs, too. 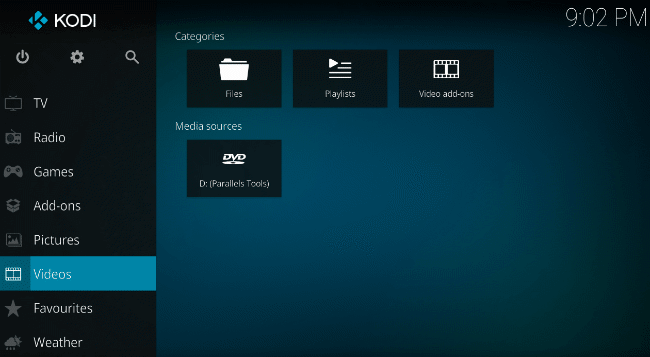 Like VLC, Kodi is capable of playing pretty much any media file you throw at it. It can handle network-attached storage devices with ease, allowing you to play your TV and movie catalog over your local network.

Third-party add-ons, as we’ve mentioned, help to extend Kodi’s functionality further, allowing you to play content from other sources online. Not all of these are piracy-related, with add-ons available for Netflix and YouTube playback.

With a name like Media Player Classic, you can assume this media player has been around for a while. In fact, MPC-HC (HC standing for Home Cinema) is a fork of the original, with added features and bug fixes.

Simple, quick and easy to use, MPC-HC is a lightweight alternative to other free media players, especially on lower-resource Windows PCs. 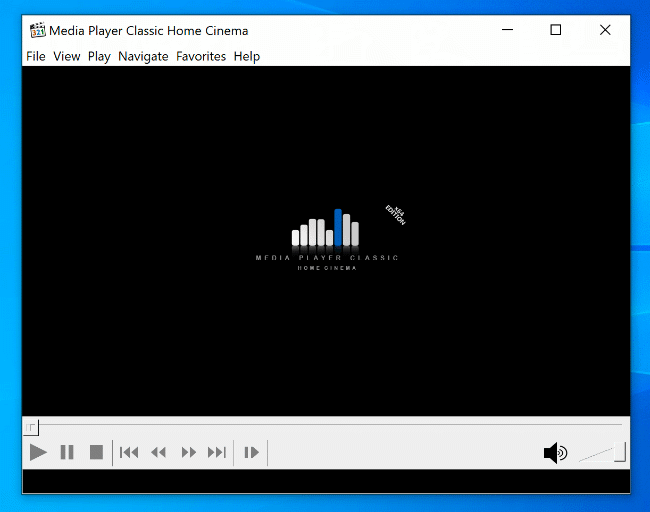 Don’t be put off by the dated interface, because MPC-HC is one of the most capable media players available. Like VLC, it handles common and unusual media files, with playback for DVDs and live streams included.

The one downside to MPC-HC is that development has stalled, meaning there have been no new features or fixes since 2017. It still runs great on Windows 10, however, and is still one of the best media players, especially for older PCs.

We’re happy to report that VLC isn’t the only active, open-source media player in development, thanks to MPV. MPV is another fork project, taking the best bits of the older MPlayer and mplayer2 projects, adding new features and interface along the way.

In fact, MPV doesn’t have much of an interface at all. Media controls are hidden during playback, although they’ll appear if you hover over it. You can’t access any settings, either. To play files, you just drag them into the open window. 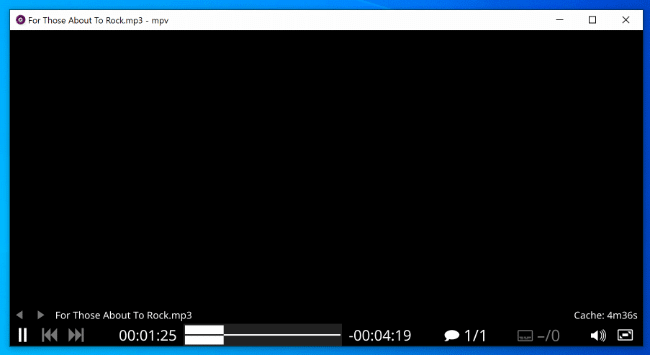 This might not appeal to all users, but it’s certainly a different approach. MPV has other stand-out features, including a number of third-party scripts that add additional functionality to the software, allowing you to customize the way MPV plays your content.

As for playing your favorite media files, MPV just works—it can play pretty much every type of video format, including online and local streaming.

Free, although not open-source, PotPlayer is a good alternative to other known media players for Windows. This entry from the South Korean company Kakao is a highly customizable player, with a couple of unusual features thrown in, too.

PotPlayer is lightweight, using hardware acceleration to improve playback performance, with the ability to playback almost all common video formats. It also supports local TV receivers, including DVB-T and DVB-S. 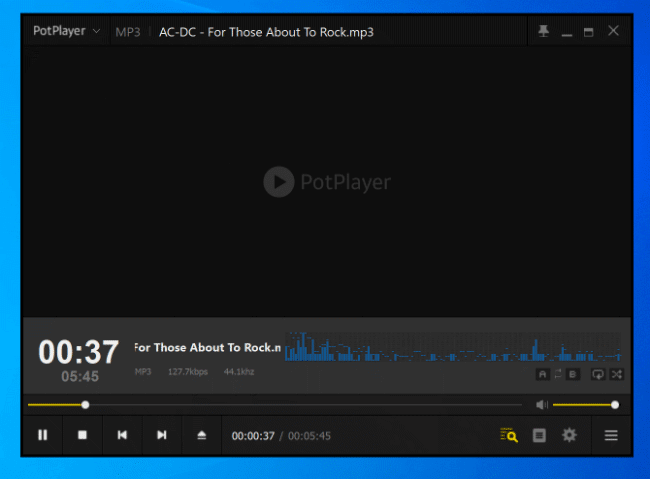 Unlike the basic MPV interface, PotPlayer is extremely customizable, with various interface skins and an enormous number of settings to let you adjust how PotPlayer plays your files. PotPlayer has also been used to play some corrupted media files, although your own experiences may vary, depending on the file.

With so many settings, PotPlayer might be a little confusing for the casual user, but it could be a good option for Windows power users.

Plex isn’t just a simple and free media player, so don’t expect it to be a like-for-like VLC replacement. It’s a media player and server combined, allowing you to host your media files and stream them to other Plex playback devices.

It’s one of the most polished media systems available for Windows 10. Plex features include discounted Tidal music playback, ad-supported movies, and various add-on apps to play media from online sources like YouTube. 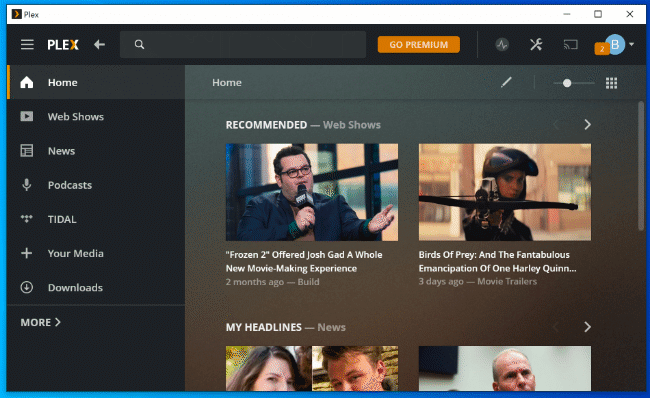 Plex can handle playback of most common media files, but if you’re streaming high-resolution content, you’ll need to host your Plex media server on a high-powered PC.

If you want to organize your movies and TV shows in a single place, Plex allows you to do this, adding helpful thumbnails and descriptions to your content for better organization.

AllPlayer might not be as well known as some of the other best media players, but it shouldn’t be discounted. It calls itself the best media player for subtitles, and that isn’t too far from the truth.

Not only are subtitles well supported in AllPlayer, but the software will search for and automatically download subtitles for media content it recognizes. It also supports common media formats, including high-resolution files in 4K. 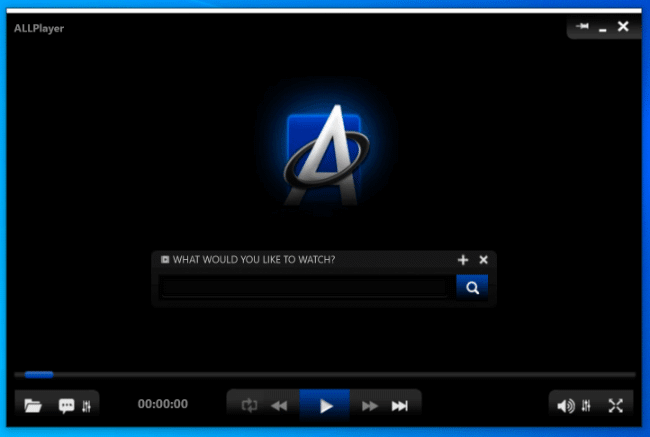 If you’re hearing-impaired, AllPlayer makes watching your video content a simple process. Visually-impaired users can take advantage of AllPlayer’s speech synthesizer to read out subtitles, too, allowing you to watch movies in a foreign language.

Development on AllPlayer is active, and includes remote control apps for mobile devices.

Media Playback on Windows Made Easy

Installing a good, free media player should be one of your first tasks when setting up a new Windows PC. Players like VLC and MPV will handle most file formats, but you can go all-out with an entertainment suite like Plex or Kodi instead.

VLC users can also use VLC with a Chromecast to enjoy their videos on the big screen instead.