🔥Crypto Fireside #26 — Interviews with crypto people.
🔥Hello! Who are you, and what do you do?

RR: I’m Rose and I’m a writer and programmer. I was a lead tech writer for CoinDesk in 2017–2018, where I specialized in Ethereum and privacy tech. In early 2019 I went to Rojava in Syria and worked in local media while learning to code. I’ve been programming ever since.

\
Now me and my squad are working to transition crypto into the age of anonymity. We call this ‘going dark’ and the tools to do this ‘DarkFi’.

🔥What’s your backstory, and how did DarkFi come about?

RR: I first became interested in crypto in 2015 when my friend and philosopher Paul Dylan-Ennis gave me a copy of Julian Assange’s book ‘Cypherpunks’. The book documented a war between two kinds of technologies, one coercive, the other empowering. On the title page Paul had pulled out a quote from the opening essay of the book:

\
“The universe smiles on encryption.”

\
Assange described how by some black magic of the universe, it is easier to encrypt information than it is to decrypt it. I read this in art college and it was the first time I learned about encryption. I found it beautiful and mysterious, almost holy — like the imprint of a dark entropic god.

\
Encryption exposed me to the crypto wars and I became aware of the political gravity of the technology. I found myself increasingly drawn to Bitcoin and became obsessed with understanding it. I listened to Amir Taaki’s DPR video on repeat and set his famous quote “We are the darkness” as my screensaver.

\
I began to do workshops and talks on Bitcoin and discussed philosophical \n questions on the blockchain and time in my Master’s thesis. I was heavily \n influenced by this video of Nick Land and some essays by Paul on decentralization. 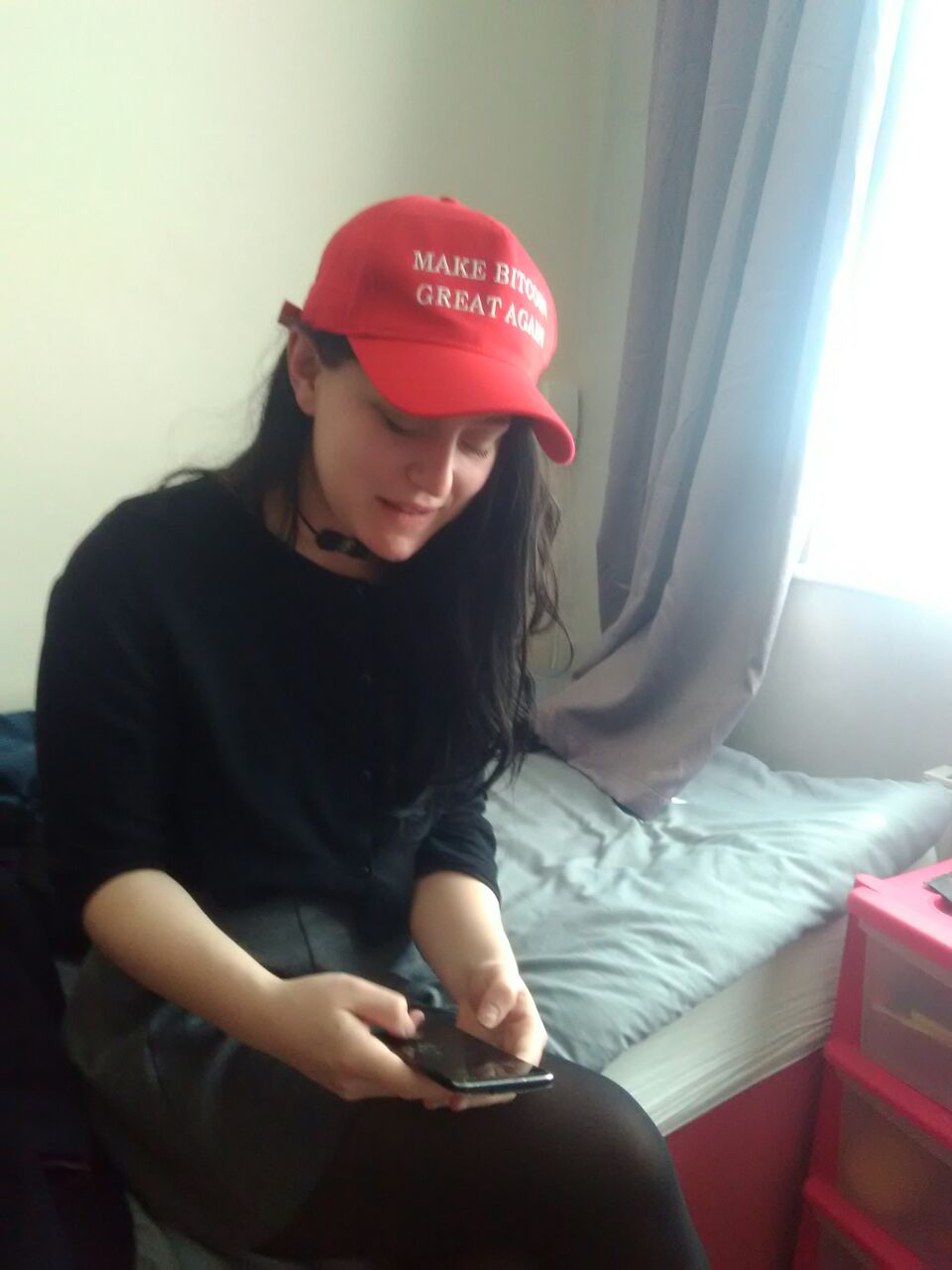 I also got into cyberfeminism. Through the philosophers Amy Ireland and Sadie Plant, I absorbed the idea that women and machines are in a dark alliance to overthrow the patriarchy. I felt inspired to join the struggle and applied for a job at CoinDesk as a technical writer.

\
At CoinDesk I realized that crypto had come very far from its origins in the cypherpunks. Surveillance and corporate power were the status quo. I became increasingly disenfranchised by the industry.

\
In 2018 I went to an early Nym Technologies hackathon in Barcelona and \n interviewed Amir Taaki. After this trip, my hope in crypto was revived and I started to focus my coverage on crypto-anarchy. I read Abdullah Ocalan’s manifesto on Amir’s advice. In late 2018, Erdogan threatened to invade Rojava — the revolutionary stateless society in North Syria inspired by Ocalan’s writings. We left for Rojava shortly afterwards. 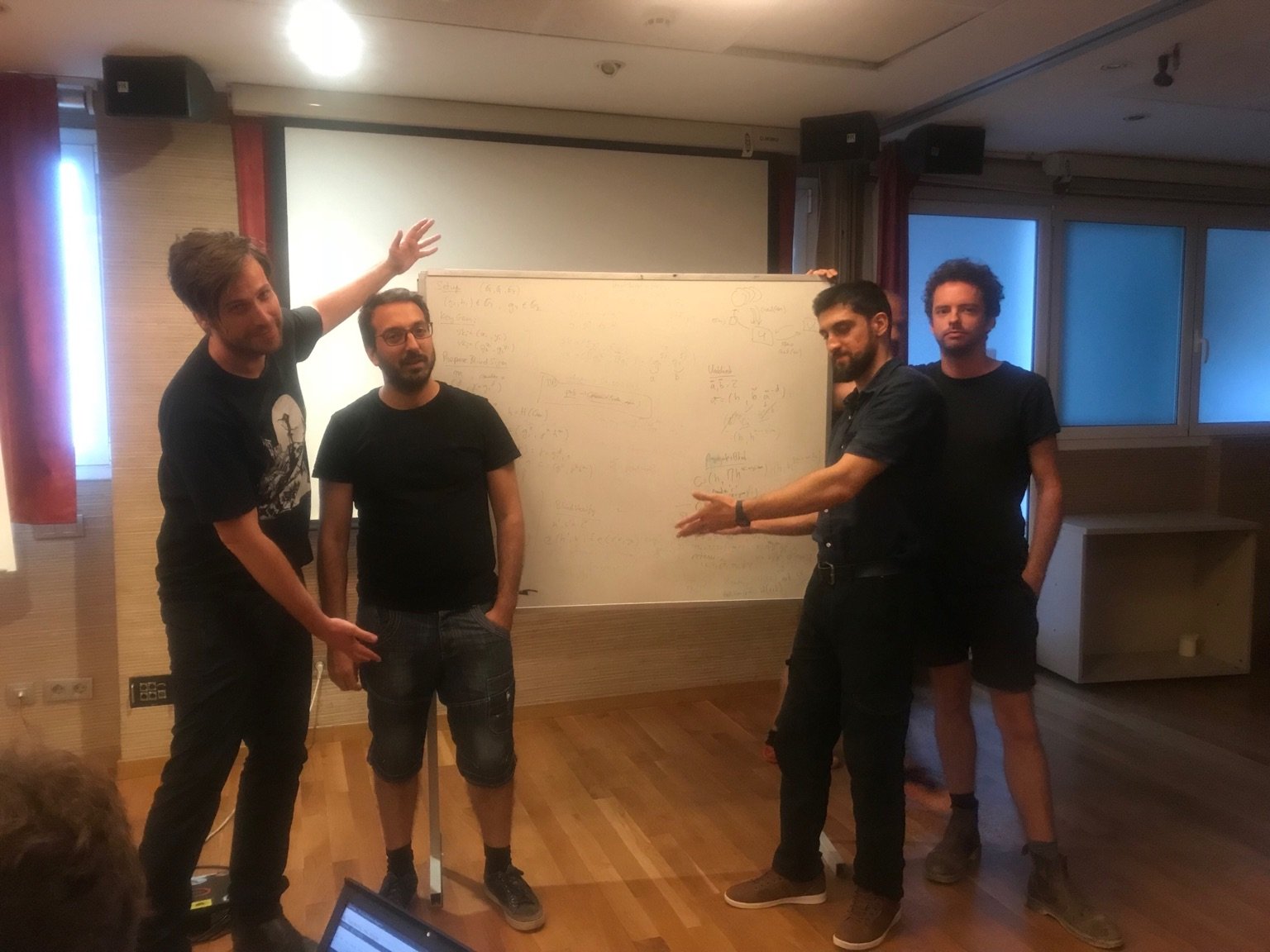 The experience was deeply formative for me. I stopped writing and began to focus exclusively on code. Amir had been working to revive his 2014 project Darkwallet. On return to Europe in late 2019 I began to contribute. We now call this effort DarkFi. 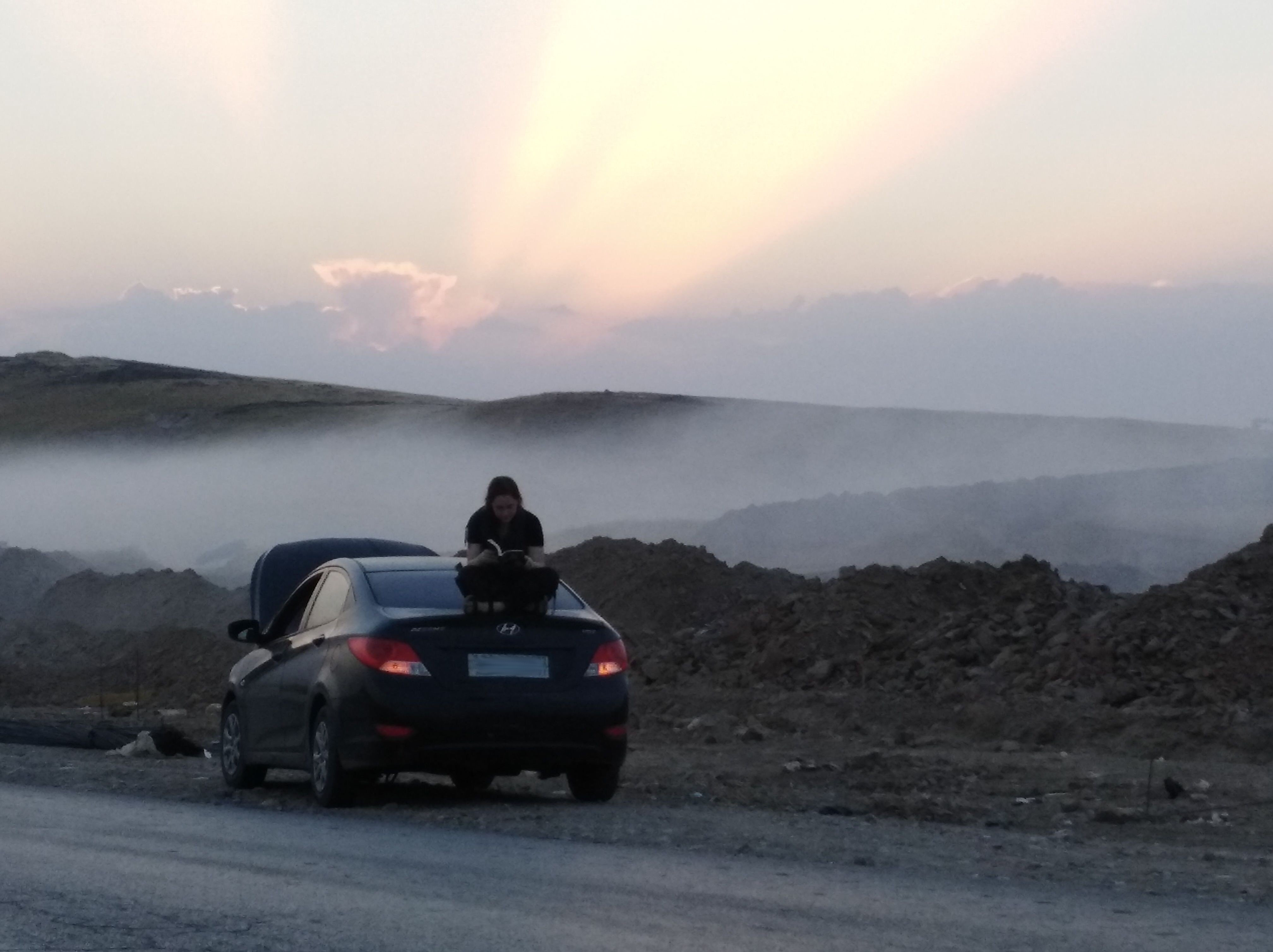 🔥Describe the process of launching DarkFi.

RR: Since 2017, Amir had been working to improve the anonymity of Darkwallet, a privacy-focused wallet he designed in 2013. Darkwallet was the first implementation of Coinjoin, a mixing technique aimed to hide sender and receiver identities that was later found to be traceable.

\
For several years he researched anonymity techniques in crypto and wrote implementations for all the major algorithms. The search was for something that fulfiled the definition of anonymity: the link between transactions is permanently and irreversibly broken. This process led us to zero-knowledge cryptography, the most anonymous, fast and flexible of all privacy primitives. 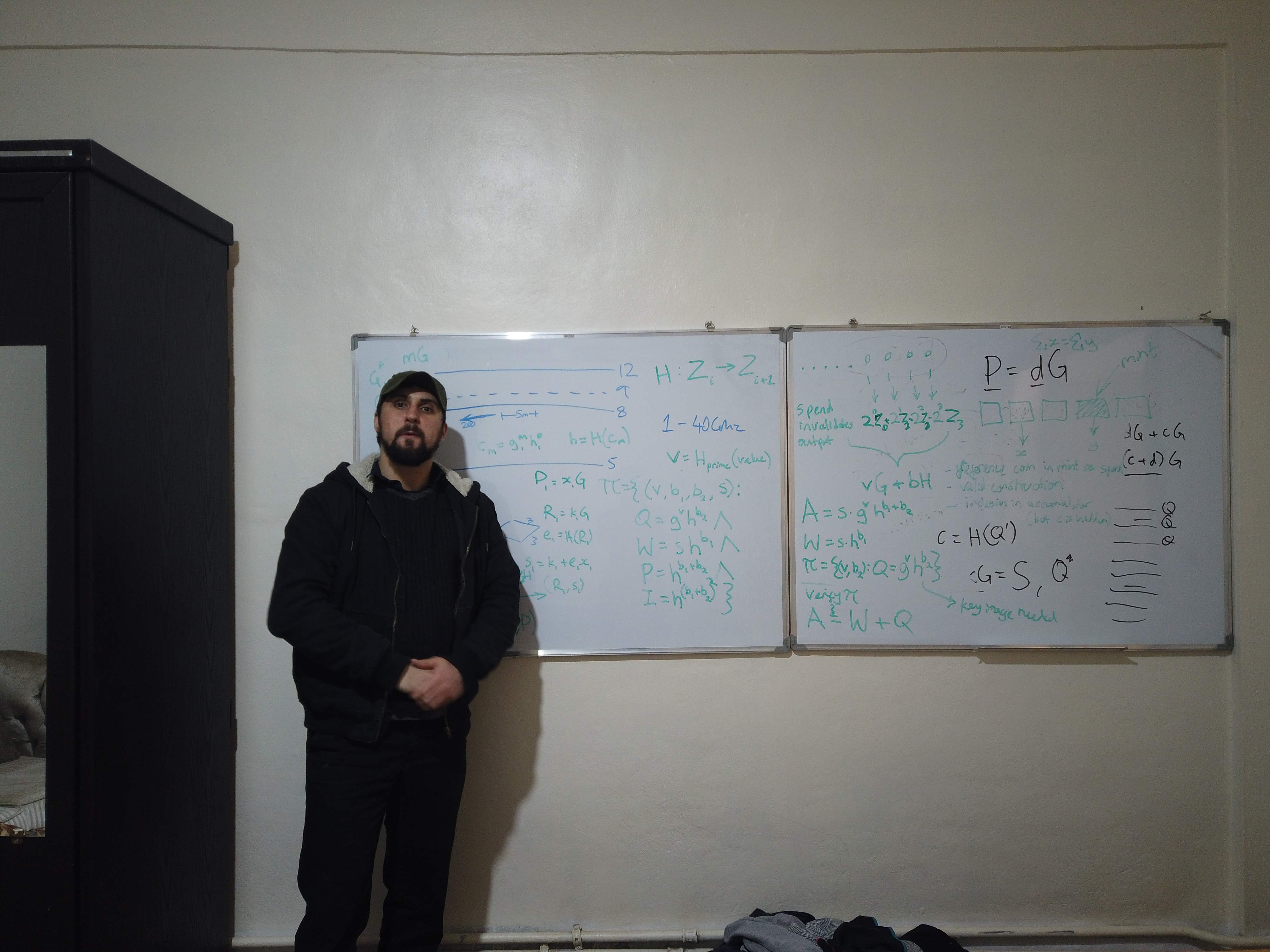 Together with a growing community, we built out an initial prototype. Announced in October 2021, the first DarkFi prototype was an implementation of the Groth16 proving system. It demonstrated two zero-knowledge contracts, Mint and Burn, which work together to enable anonymous transactions. You can wrap Bitcoin, Solana, and Ethereum testnet assets into DarkFi and send them around anonymously.

\
We’re currently upgrading DarkFi to Halo2, a new proving system developed by Zcash that does not rely on a trusted setup. DarkFi’s upcoming release will include a Halo2 virtual machine (VM) and a primitive language to write ZK circuits. The next step is to release a blockchain and some demo applications. 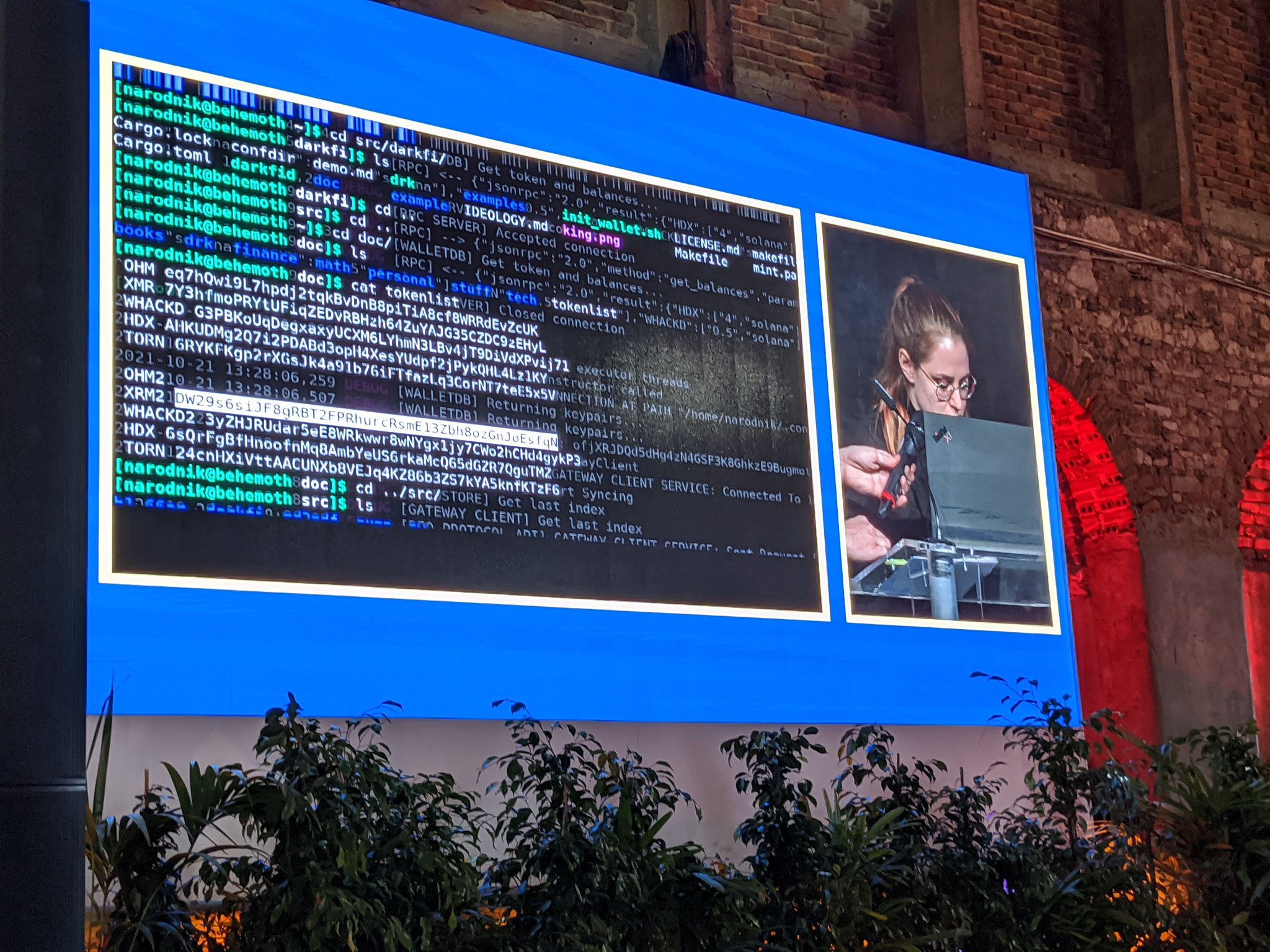 🔥Why Zero-Knowledge cryptographic smart contracts, and how will you do it?

RR: There is a silent revolution in ZK proofs happening in crypto right now that will completely transform the face of the industry. This is largely due to the efforts of a few cryptographers and the Zcash team.

\
ZK is highly flexible and programmable. We believe programmable ecosystems flourish when the barrier to entry is low enough. DarkFi wants to make anonymous engineering simple and accessible to developers.

🔥Talk to us about the technology being used to create DarkFi’s anonymous ecosystem.

RR: DarkFi is a Halo2 implementation with a custom VM, which enables you to write and run anonymous smart contracts. We are creating a language to empower developers to write anonymous applications without dealing with the low level of zero-knowledge circuits directly.

\
DarkFi will offer toolkits that can be wielded by developers to create any kind of anonymous application. The initial release will include a chat app with anonymous voting. This is essentially a DAO in which the membership, voting, and governance discussions are integrated.

\
Right now DarkFi is centralized, but we are transitioning to a proof-of-stake blockchain soon. We are also researching trustless bridges to enable liquidity flows with other networks. 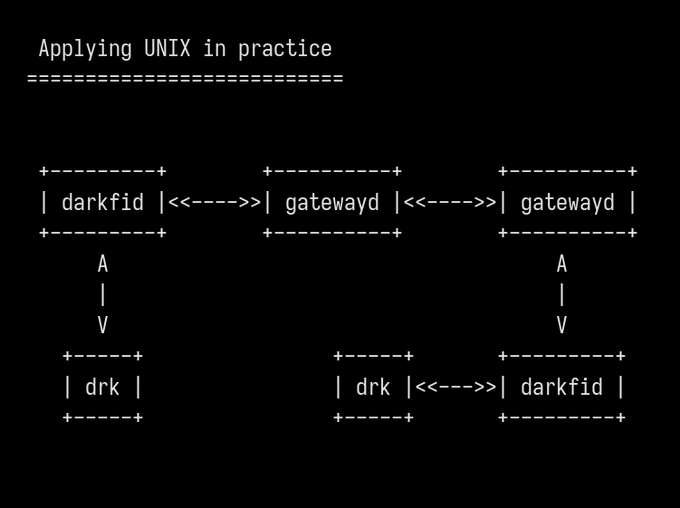 🔥Did you consider using ring signatures?

RR: Ring signatures were one of the first things that Amir implemented in his search to improve Darkwallet. He wrote a highly fast implementation with a big ring size. However, the issue is that ring signatures are traceable.

🔥 What is the use-case for Average Joe?

RR: The tools provided by DarkFi are going to completely change and reshape the future of the crypto industry.

\
I know this because myself and my squad are part of AssangeDAO, which just successfully shipped over $50 million to Julian Assange through an NFT auction and broke a number of records.

\
DarkFi is committed to serving the cypherpunk community directly. It is our mission to create tools for communities and collectives to organize outside of surveillance and coercion. This includes anonymous voting and DAOs, peer-to-peer programmable chat and task management.

\
Huge sections of the crypto industry rely on centralized and proprietary software for communication and organization. It is our weakest point. DarkFi enables us to break out of this paradigm and deploy tools that empower users rather than enslave them. 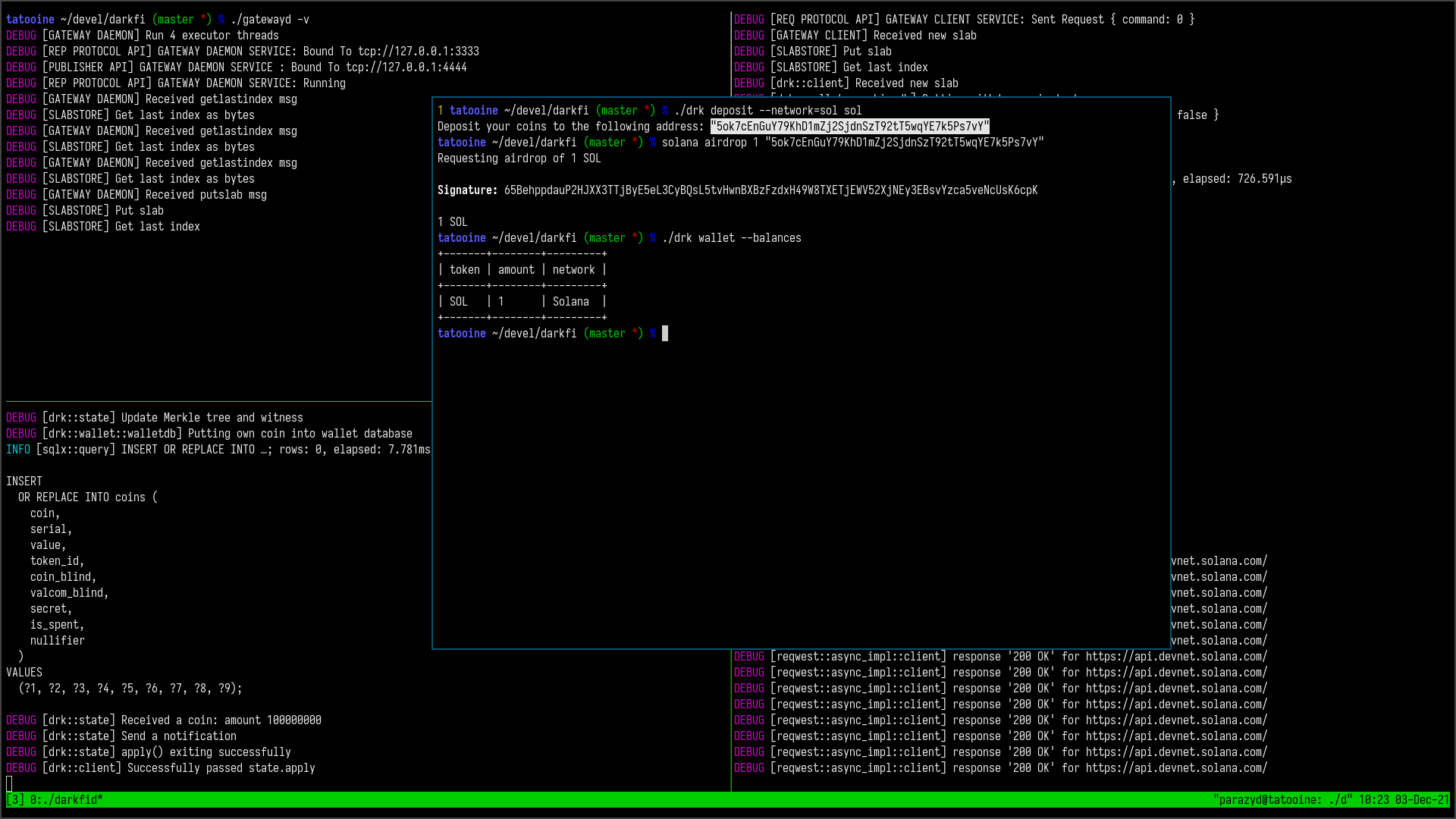 🔥How are you doing today, and what does the future look like? Let’s talk numbers!

RR: DarkFi intends to process hundreds of millions in capital per day. To get to this stage we need to develop an active ecosystem and bridge liquidity from other projects.

🔥Take us through your daily process of what it is that you do.

🔥What has worked to attract and retain users?

RR: Many projects in crypto allocate huge portions of their tokens to large investors, also known as whales. In return, whales use their capital to bootstrap a community from the top down. They hire massive marketing firms and offer huge developer grants to artificially pump an ecosystem.

\
Through this process, whales also set the strategic direction for the industry. Due to the whale’s preference for minimizing risk and its close ties with the system, whales tend to repress radicalism. They sanitize the industry by steering it in the way of regulation and compromise.

\
DarkFi is different. We are a community that evolved from the bottom up. Whales want to silence what we want to open up. We are protected by anonymity and so have nothing to lose.

\
DarkFi speaks to the revolutionary tendencies hidden inside the history and psychology of crypto. Crypto was born from agorism, crypto-anarchy and cypherpunk. Anarchy is crypto’s founding myth and its overwhelming desire is to return to it. DarkFi taps into this radical unconscious. 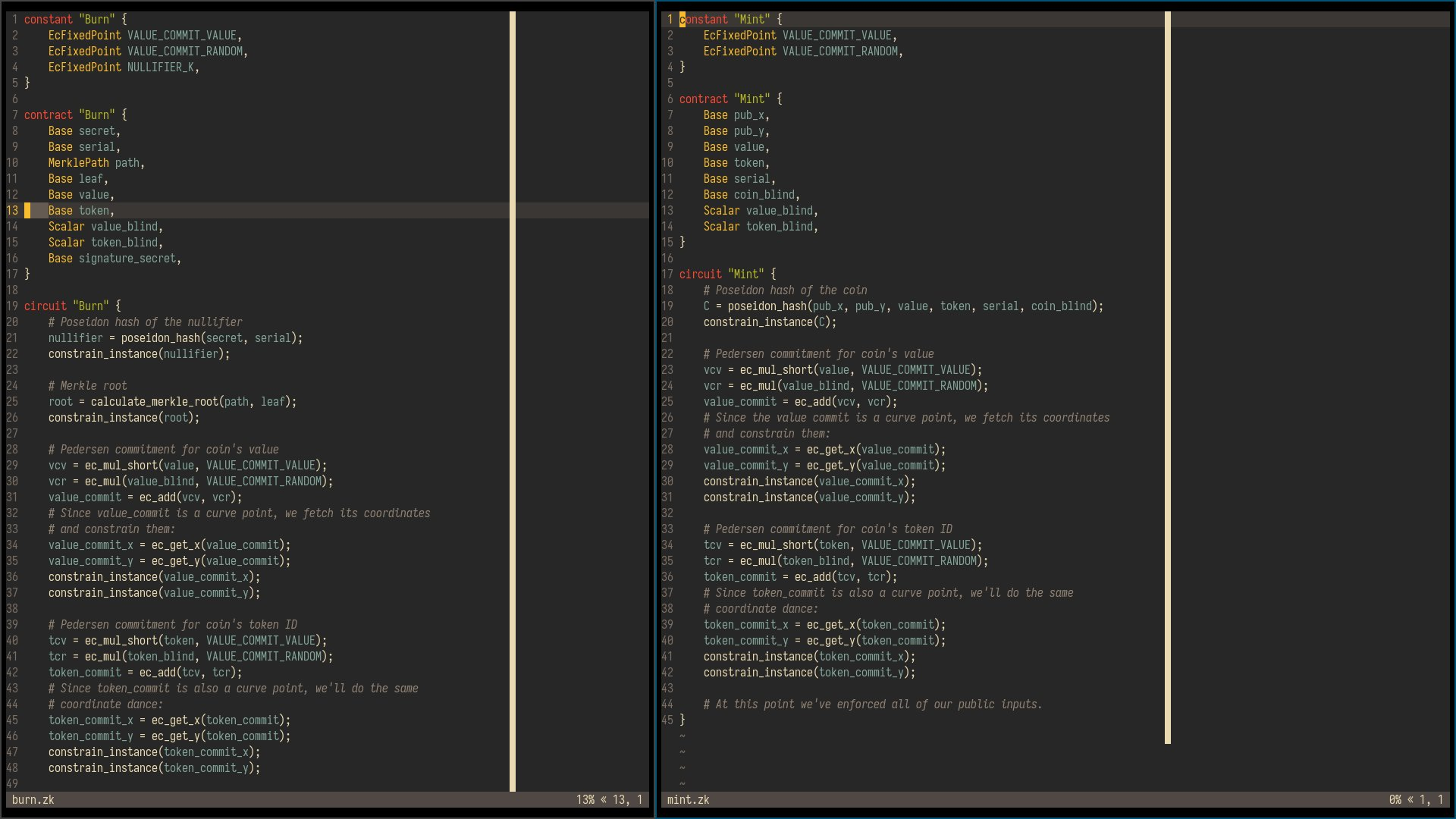 🔥What have been the most influential things in your life that affected this project? This can include books, podcasts, people or experiences?

🔥Do you have any advice for other creators, entrepreneurs, or developers who want to get started or are just beginning?

🔥Where do you see the blockchain, cryptocurrency and decentralisation space going in the next 5 to 10 years?

RR: The industry will split in two. There will be a de-politicized, surveilled and toothless zone of RegFi. The other side of the industry is the anonymous and unstoppable DarkFi. In the coming years, DarkFi will use cryptography to differentiate itself from the current paradigm. This process of “going dark” is identical to crypto’s self-determination.

🔥Where can we go to learn more?

🔥Thank you, Rose!
Dear reader, if you enjoy being a fly on the wall while I talk to successful people in Crypto-Tech, do the easiest thing in the Universe and SUBSCRIBE by Email HERE! It’s free!
Andrei R, 🔥Crypto Fireside

P.S. This is not financial advice, DYOR. \n P.S.S My vested financial interests in Crypto? I own XEQ Equilibria and that is all 🙂