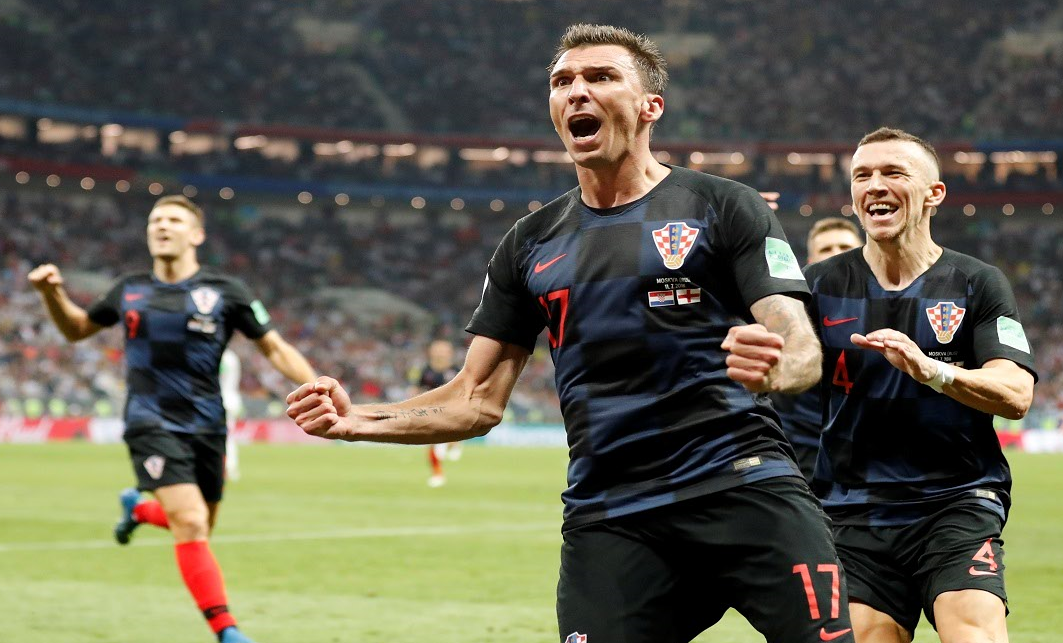 Their legs had stopped working long before the end. Their muscles ached, their lungs heaved, their bodies creaked and groaned. Croatia’s players had hit their limits and traveled beyond them, yet again. They had drained themselves of adrenaline. They had passed deep into the red, into the pain.

And still, even as their movements grew stiff and their tendons tight, when they were gasping for breath and it looked as though they could not possibly give any more, they kept going, kept chasing, kept running: past England, into the World Cup final, into history.

When the final whistle blew after two periods of extra time and their 2-1 victory was confirmed, several sank to the turf, floored not just by the sheer physical effort they had produced, but by the scale of their achievement.

All but one of the superpowers have gone: Brazil and Germany, Argentina and Spain are out. Croatia, this nation of four million people, remains. Only France stands between this team and what would likely rank as the most remarkable World Cup victory in history.

It has reached the final the hard way, via the scenic route — extra-time and penalties against Denmark, extra-time and penalties against Russia — and now this: an exhausting, compelling 120 minutes against England, the sort of epic occasion that only the World Cup can produce.
Croatia had recovered, just as it had in both of the previous rounds, from a deficit, when the outstanding Ivan Perisic canceled out Kieran Trippier’s opener. It had gradually exerted its authority, Luka Modric and Ivan Rakitic taking hold of the midfield.

It had also spurned chances to win, so many that it seemed to have spurned the opportunity entirely: Perisic hit the post and missed an open goal, and a sprawling, desperate save from Jordan Pickford, England’s exceptional goalkeeper, denied Mario Mandzukic.

The clock ticked. Penalties — more penalties — loomed. And then, after 110 fraught minutes, England switched off for a single second and Mandzukic, that grizzled old warrior, stole in and smashed home the winner.

He had barely been able to move for what seemed like ages, but now he raced to the corner, cajoling the swaying mass of red-and-white-clad Croatia fans. His teammates sprinted to join him, burying him under a pile of bodies. Beneath all of them was a solitary, helpless photographer, swept off his feet by Croatia’s celebrations.

That was nothing, though, compared to what followed the final whistle. Those Croatian players who could still move ran to their fans once more, the fatigue stripped away by delirium. They danced and sang and soaked up the adulation, savored the moment. Some were passed their children; some were passed their flag. Both ended up draped around the players, as a checkerboard sea churned in the stands of the Luzhniki Stadium.

On the halfway line — recast now as a slender divide between hope and despair — England Manager Gareth Southgate stood and watched. His players were at his back, at the other end of the field, applauding their fans, commiserating with them, the mood proud but somber, stony faces and distant eyes.

As this World Cup progressed, England had started to feel that, perhaps, for once, fortune was on its side. Southgate had brought his squad here with more hope than expectation: Most assumed that elimination in the round of 16, or possibly the quarterfinal, was the best that might be achieved.

As Russia 2018’s rebellious spirit started to emerge, though, that changed. England breezed through its group and then won a penalty shootout (and it never does that). As the favorites, in quick succession, were exposed and ejected, a path seemed to open up before Southgate’s young team.

The very prospect sent the country into a frenzy. These have been strange weeks in England, weeks when it has been easy to fall in love in a place of apparently endless sunshine and, with a government teetering on the edge, of chronic uncertainty.

The nation, hurt so often before, swooned. The first flush of romance made it playful, almost silly: Three Lions, the unofficial theme tune of the 1996 European Championships, was repurposed as a modern anthem. The song’s refrain, “It’s coming home,” became a greeting and a farewell, the answer to every question, the clip that launched a thousand memes.

It was all so sudden, so unlikely that it felt giddy, swaddled as it was in an air of unreality: If England, at a World Cup, could score six goals, why shouldn’t it also train with a rubber chicken? If England could win a penalty shootout, why would it be odd that it was spending its rehabilitation sessions in the swimming pool, racing inflatable unicorns?

Deep down, everyone expected it to end in heartbreak, in the sort of piercing hurt that Southgate surely felt as he watched Croatia’s players celebrate the achievement that might have been his.

Even the despair, however, was somehow new. There was no villain here, nobody to blame, no need for a scapegoat or an effigy. Nobody was foolishly sent off, or cruelly injured; there is no appetite for a thorough overhaul of the way England plays or thinks or plans for the future.

No, it was simply that this was where it had to end, against a team with just a little more experience and just a little more class, one slightly more accustomed to these rarefied airs. Modric is a veteran of four Champions League finals, Mandzukic three, Dejan Lovren and Ivan Rakitic one apiece. Of England’s starters, only Jordan Henderson had played in the biggest game in club soccer, and that was only a little more than a month ago.

There was, for both the English fans at home and for those who had made the journey to Russia — some arriving a month ago, some in the last couple of days, as the mania truly set in — only pride: in what they had seen, in what they had done, in the love they had felt as a nation communed again with the team that is supposed to represent it.

That is for the future, though. The present belonged to the players he was watching, those that made Croatia the smallest country to reach the World Cup final since Uruguay in 1950, who turned this team into a modern marvel. The players who did not stop running, even when their bodies were screaming at them to stop, even when they could not catch their breath, even when their very bones groaned under the load. They have worked for their prize; they have earned it. France awaits. They must go once more into the red.

Read the Full Story at: 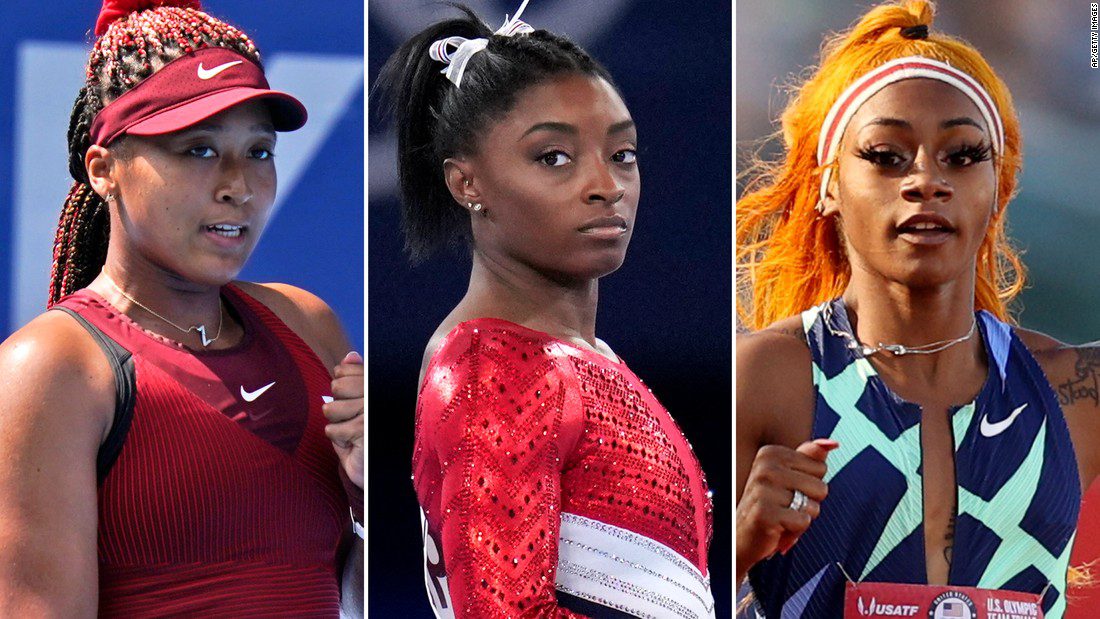 The meme that ties these three athletes together