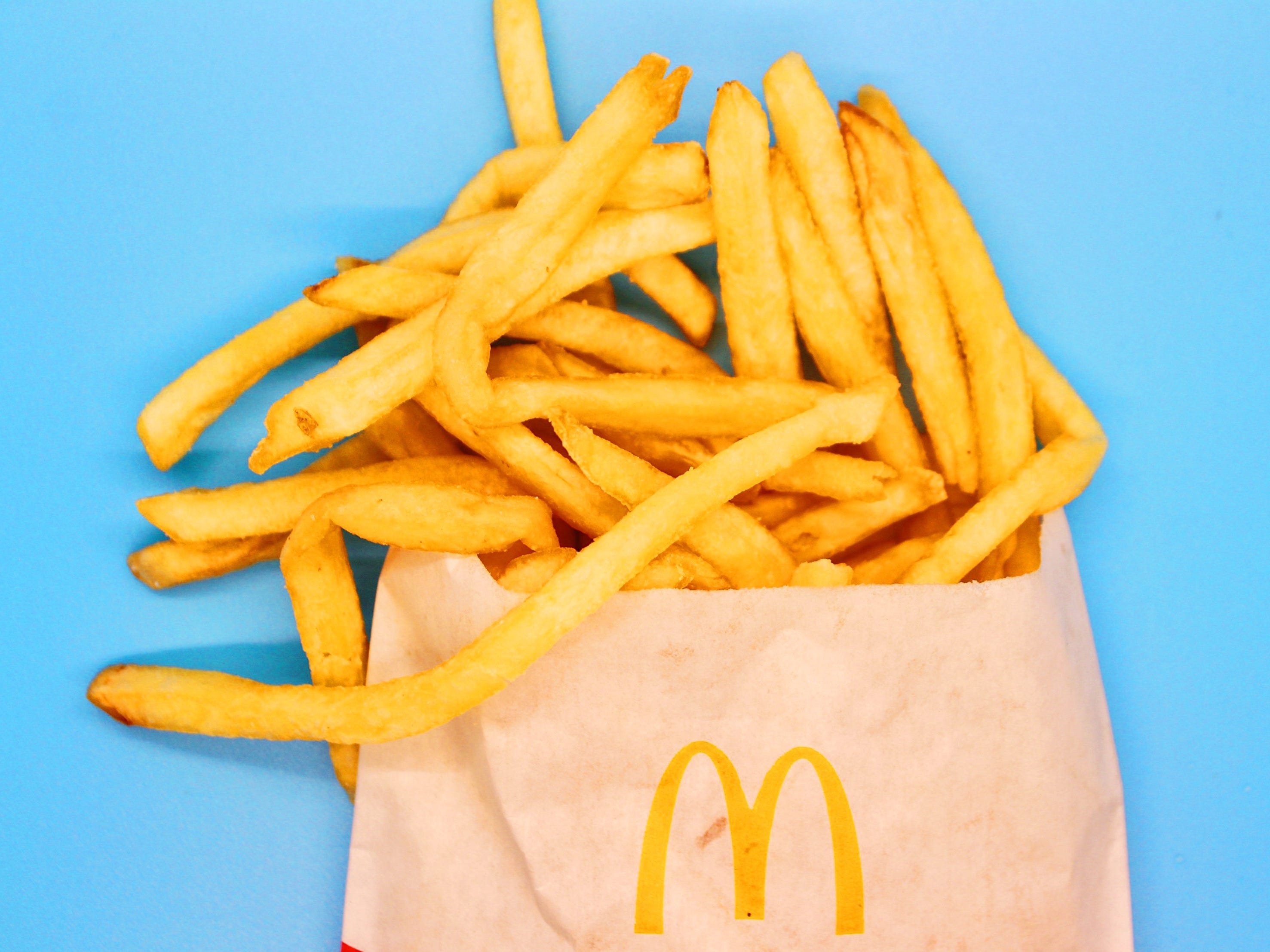 McDonald's has filed a series of trademarks for a virtual restaurant.

McDonald's has filed trademarks for a virtual restaurant that will deliver food online and in person.
One covered entertainment services and events including "online actual and virtual concerts."
Panera Bread has also filed for a trademark for a "Paneraverse."

McDonald's has filed a series of trademarks for a virtual restaurant that will deliver food online and in person.

The fast-food chain joins a long list of other companies who have announced plans to cash in on Web3, including the metaverse.

The company filed 10 trademark applications to the US Patent and Trademark Office February 4 covering both McDonald's and McCafe.

One of the trademarks was for "virtual food and beverage products," including NFTs, while another included "operating a virtual restaurant online featuring home delivery." It also trademarked entertainment services and events under the McDonald's and McCafe brands, including "online actual and virtual concerts."

The trademarks would protect the idea of a McDonald's restaurant in the metaverse that can sell both virtual and real-world food, Josh Gerben, a trademark lawyer, wrote on Twitter.

"You are hanging out in the metaverse and get hungry. You don't have to put down your headset. You walk into a McDonald's and place an order. It arrives at your door a little while later," he tweeted.

The US Patent and Trademark Office will likely approve the trademarks, though the review process often takes it eight to nine months, Gerben told Forbes.

Panera Bread filed for a trademark for a "Paneraverse" February 3 which includes NFTs, virtual entertainment services, and a virtual reward program.

Nike has established a Metaverse Studio and has patented plans for virtual assets ranging from avatars to "cryptokicks," while Gucci, Microsoft, and Crocs are also seeking staff to work on their metaverse offerings.

"I think you're going to see every brand that you can think of make these filings within the next 12 months," Gerben told Forbes. "I don't think anyone wants to be the next Blockbuster and just completely ignore a new technology that's coming."

WTF is an NFT? This heavily discounted course bundle will teach you everything you need to know.