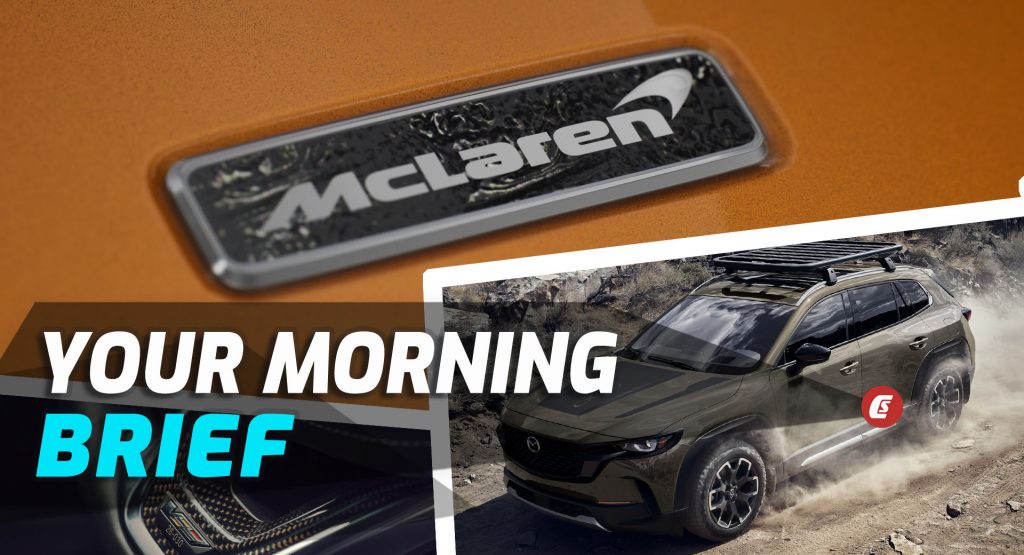 Good morning and welcome to our daily digest of automotive news from around the globe, starting with…

McLaren Denies Report About Being Acquired By Audi

A report by Autocar suggested that Audi had bravely stepped in to purchase the McLaren Group, a move that would enable them to take part in the F1 stage while securing the future of the British supercar manufacturer. Their acquisition would give Audi authority over the entire McLaren Group, including their high-performing F1 team, which would be the ideal debut for parent company VW. However, a spokesperson from the McLaren Group has debunked the claim and said they are working on getting the story removed. Similarly, BMW too denied further reports that it was interested in the sportscar group. 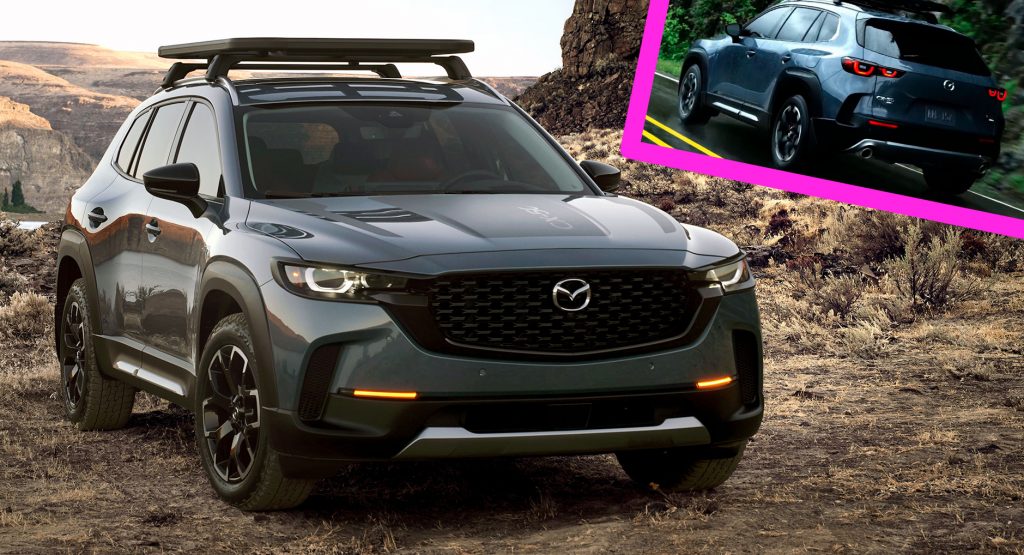 Mazda has unveiled the latest member to their SUV range with the introduction of the CX-50, a more rugged cousin to their CX-5. The idea behind the CX-50 was to create an SUV that sustains its off-road capabilities without compromising on-road comfort. According to Mazda, even offroaders spend most of their time on-road, so it made sense for the vehicle to offer a good overall driving experience. Still, the CX-50 will come with some off-road upgrades such as improved ride height, high-strength roof rails, reinforced B-pillars as well as internal customizations to accommodate the gear needed for off-road. For now, Mazda has revealed that the CX-50 will be offered with their 2.5L Skyactive-G engine in turbocharged or naturally aspirated form, but hybrid versions are to be expected after the launch. 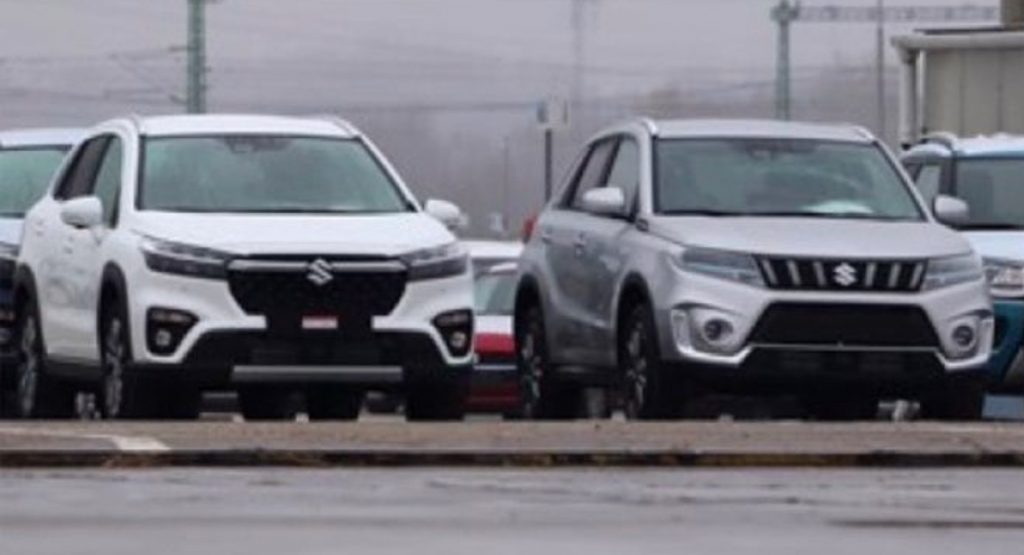 Shortly after Suzuki released a teaser of its new S-Cross for the European market, pictures of what seems to be the new generation S-Cross had been leaked online thanks to Suzuki Garage. The pictures show what appear to be production units that have been caught during transport and reveal the S-Cross’ larger size compared to the Vitara. It’s expected that the S-Cross will feature the 1.4L Boosterjet engine and will be coupled with a 48-volt mild-hybrid system, as seen in the current generation. The official premiere for the new S-Cross will take place on November 25th, with the European market launch to follow soon after.

A total of six dogs were reunited with their owners after a Ford Transit Custom belonging to a dog walker had been stolen with the pooches still inside. Brett Holte-Smith, the owner of the stolen Transit Custom, was able to locate his vehicle using the Ford Pass app, which fed information about the whereabouts of his vehicle to his smartphone. Authorities were able to use this information and eventually recover the vehicle along with all six dogs that have since been returned to their owners.

Buyers who opted for the CT4-V or CT5-V Blackwings that include manual transmissions can expect to find a few extra design-inspired easter eggs. The manual vehicles will hide over twenty-four disguised design features within the vehicle. While the location of some of them has already been revealed, Cadillac has chosen to keep most of them a secret to give owners the joy of finding it themselves. The first 250 examples are also considered to be ‘collectors edition cars’ that will keep individual signatures of the key figures involved during its assembly. 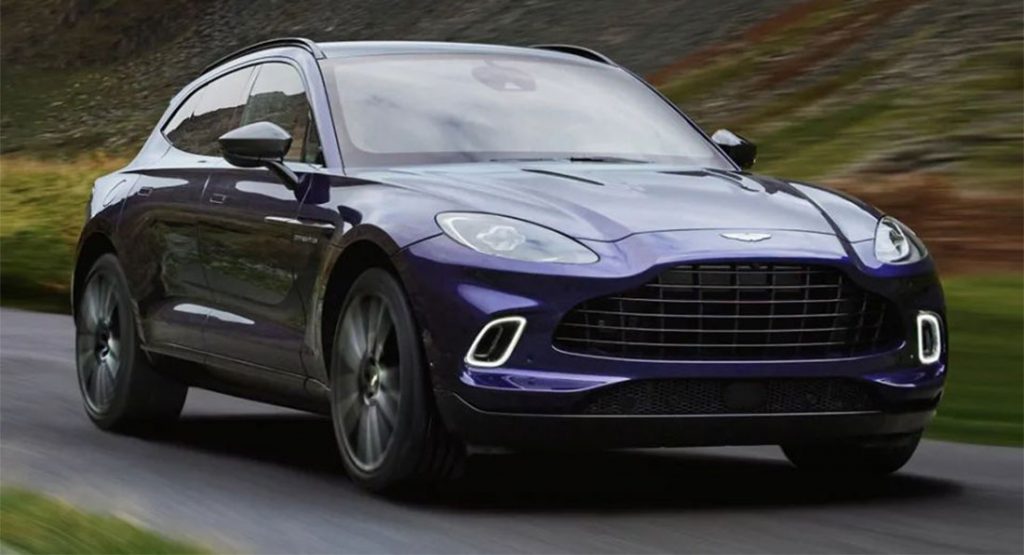 Aston Martin has just released an entry-level variant of the all-new 2022 DBX in china with a hybrid powertrain producing 435hp. The British SUV is powered by a Mercedes-AMG-built 3.0L inline-six engine coupled with an integrated starter generator, giving it the capability of reaching 62mph from a standstill in just 5.4 seconds. While the new base version of the DBX is nowhere near as powerful as its 542hp V8 sibling, it’s a much more fuel-efficient and practical trim, with a combined fuel economy of 22.4mpg. Prices for the 2022 DBX are said to start at 1.898 million Yuan ($297,000).

What Else Is Making The News 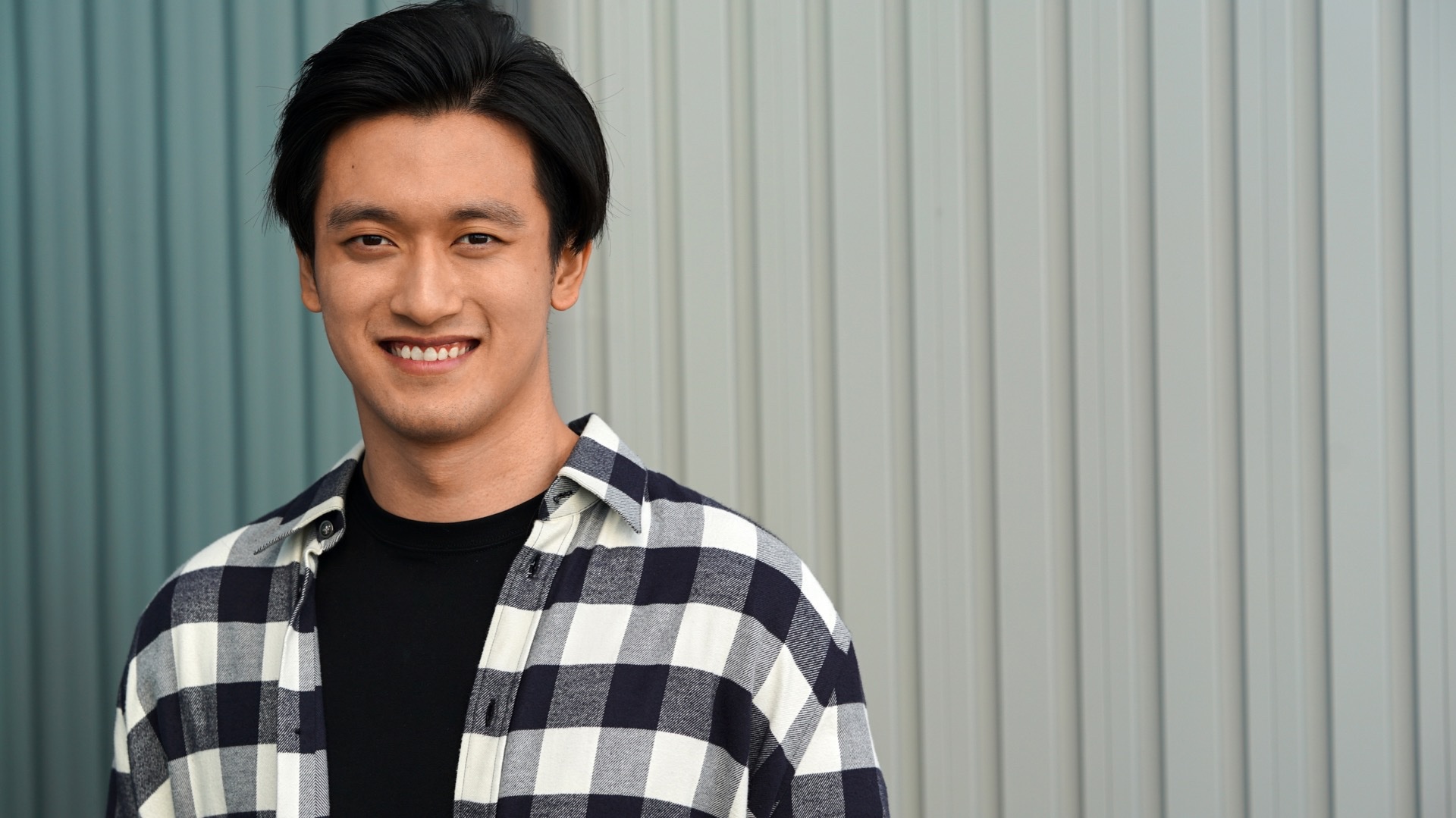 The two leading drivers of the FIA Formula 2 Championship will be taking up new roles in the Formula One paddock. Current championship leader, Oscar Piastri, will become the reserve driver for Alpine F1, while title rival Guanyu Zhou will move into the second seat at Alfa Romeo, partnering with Valtteri Bottas. 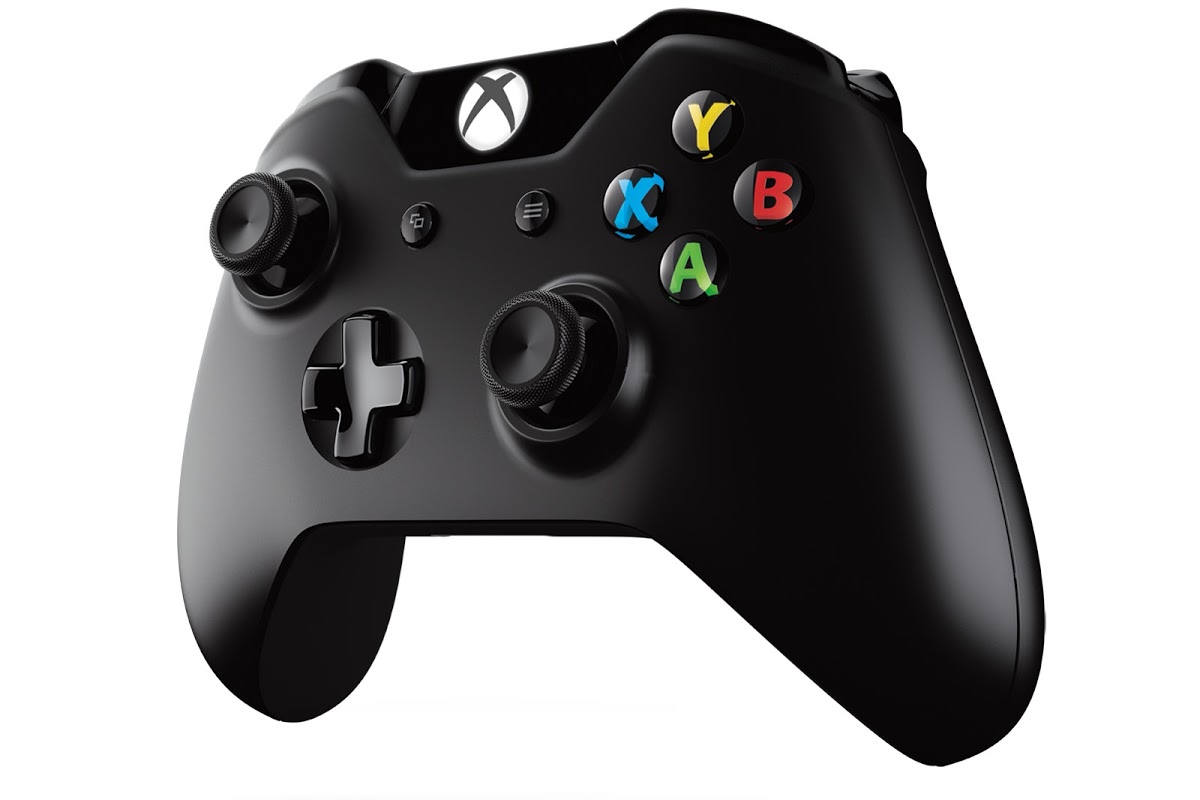 On November 15th, 2001, the original Xbox was launched. The console has seen the likes of Forza Motorsport and Halo take the gaming world by storm, establishing Microsoft as a significant player in an industry worth $200bn a year. 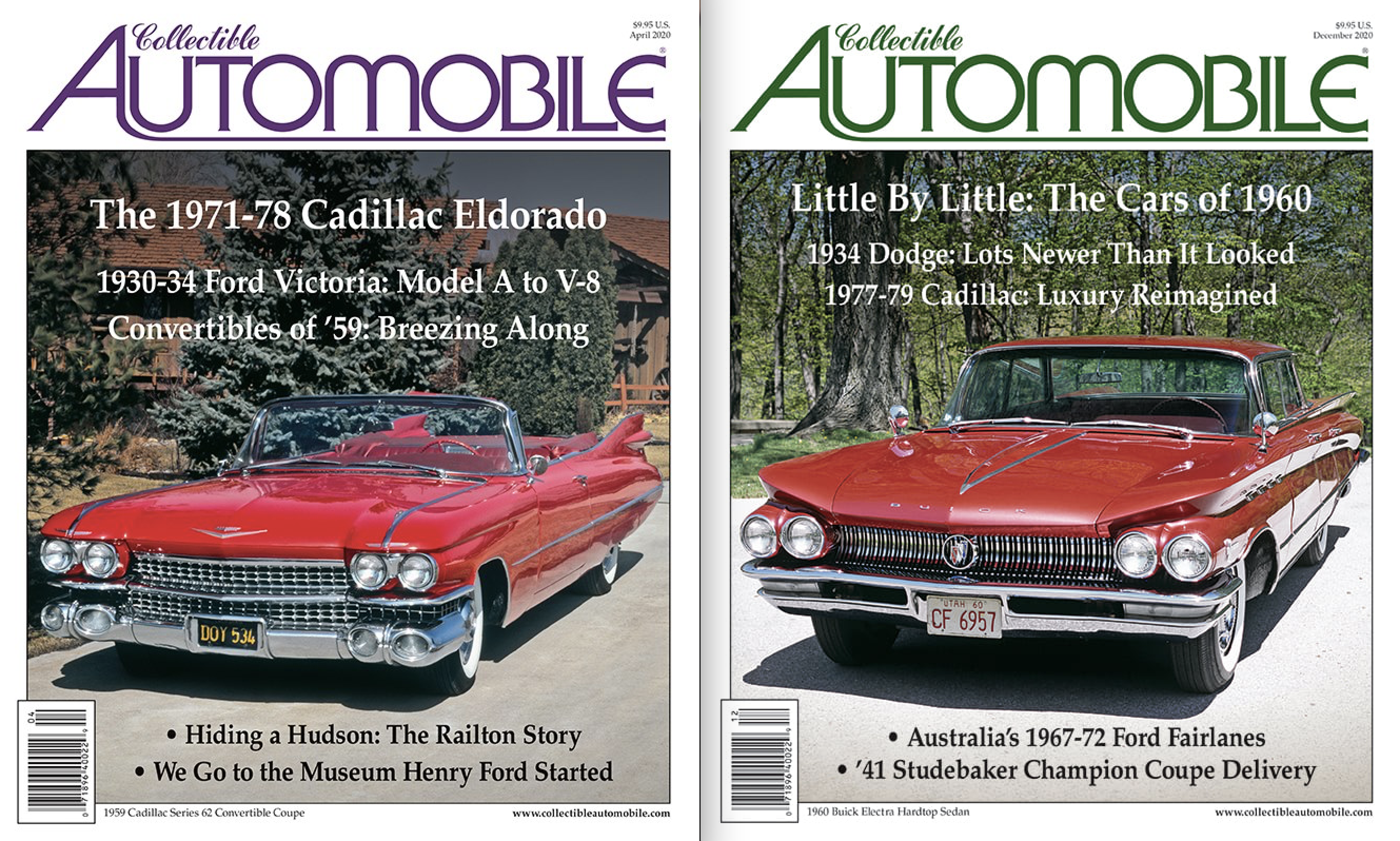 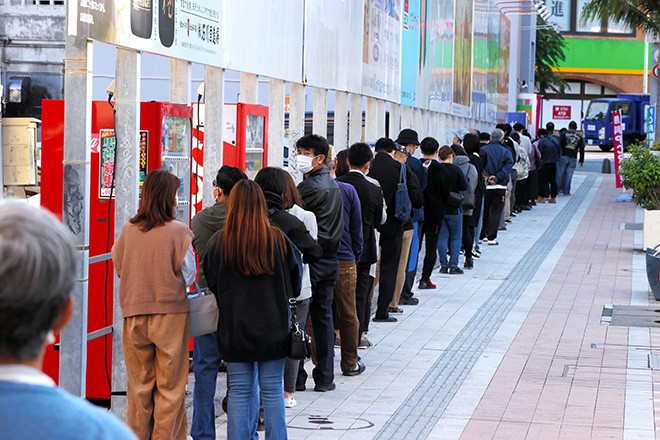