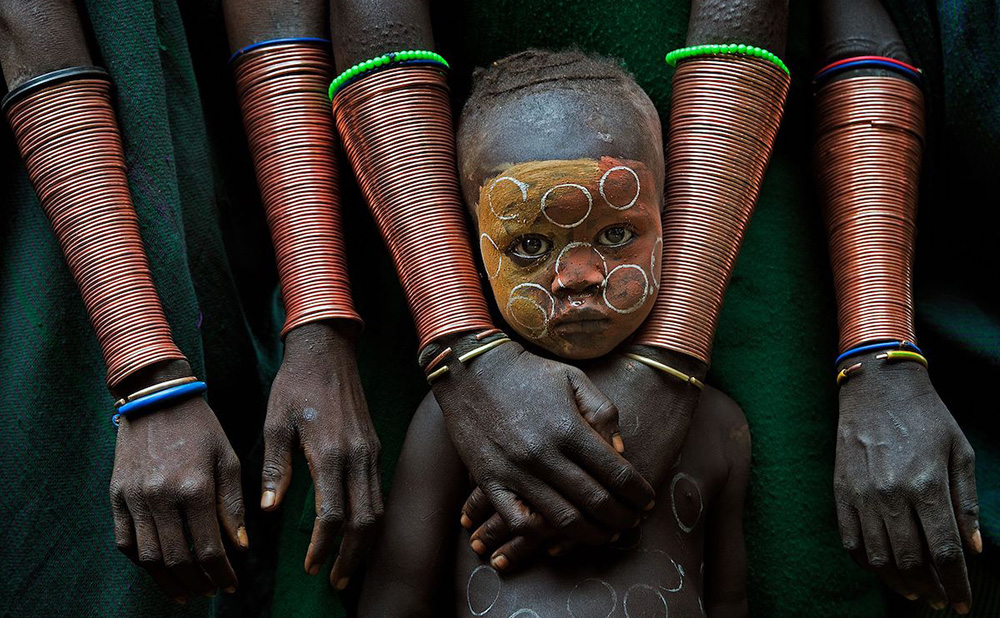 David Nam Lip Lee’s “Kid with Hand Crafts” was taken in Ethiopia and it was one of the winners of the 2018 Siena International Photo Awards (Classified, Fascinating Faces and Characters category). Describing the image, the photographer offers: “In Ethiopia, the kids of the Suri tribe are being over-protected by their families. Imagine these metal handcrafts as a jail with a Suri kid locked inside. Young kids are the hope and inheritors of the Suri culture, but the overprotection will marginalize the new generation from the world.” Take a look at the other winners at the SIPA Contest site. (photos courtesy SIPA)

This is the week of the US midterm elections — like you haven’t noticed — so let’s get started, and I’ve included a bunch of jokes, since we all really need to laugh this week:

To engage properly with Bannon and his ilk, the white nationalists and supremacists presently populating and energizing the American government, they must be identified as what they are: fascists. Much of American media and press on this side of the Fox News darkness does not dare to call out a fascist. That is partly out of knee-jerk complicity with the culture of leadership and celebrity worship. But I believe that it is also a matter of unbearable fear that the shape of American society, and the practices it has long depended on to maintain some semblance of democracy, are being destroyed, and no one quite knows what to do about it, save hoping to be saved by Mueller and/or impeachment.

If Bannon were to be called as he is, a fascist, the marketplace of ideas would have to confront the fact that the American government is being rapidly radicalized, that things unimaginable might be around the corner, and that there are many tempting paths to complicity of full collaboration. The idea that we’re all in this together and that we must keep talking is dangerous, just as my commitment to friendship was, because we might find ourselves wasting time and anger on a fundamentally unbalanced dialogue, where one side is armed with ideas, and the other is armed with weapons.

Barry Schwabsky sings the praise of underdogs and looks at three gallery shows in New York to make his point:

Choose the underdog!—the phrase haunted me over the next few days. It touched a nerve. As everyone who follows the contemporary art scene knows, the market has been consolidating. A small number of mega-galleries have begun to dominate—threatening the very existence of the smaller and midlevel galleries, and therefore the livelihoods of the artists who exhibit in them. Now, just to be clear, as a viewer, I can hardly be all against the big galleries. Even if they have a tendency to highlight spectacle over substance, they also continue to put on the sort of in-depth historical shows museums ought to be doing, and they constantly draw attention to extraordinary contemporary practitioners. Still, it’s become more urgent to remind people of the vital work being done by artists struggling in the shadows of the new system. And besides, hasn’t it always been the case that artists inclined to explore the overlooked are themselves likely to be overlooked, at least in the short term?

For those who, like me, have spent 65 years in the same city — sometimes without leaving it for years — the landscapes of the city eventually turn into a kind of index for our emotional life. A street might remind us of the sting of getting fired from a job; the sight of a particular bridge might bring back the loneliness of our youth. A city square might recall the bliss of a love affair; a dark alleyway might be a reminder of our political fears; an old coffeehouse might evoke the memory of our friends who have been jailed. And a sycamore tree might remind how we used to be poor.

An alternative history of Silicon Valley “disruption” by Nitasha Tiku (for Wired) that you have to read:

In Silicon Valley’s telling, however, “disruption” became shorthand for something closer to techno-darwinism. By imposing the rules of nature on man-made markets, the theory justified almost any act of upheaval. The companies still standing post-disruption must have survived because they were the fittest.

“Over the next 10 years, I expect many more industries to be disrupted by software, with new world-beating Silicon Valley companies doing the disruption in more cases than not,” Andreessen wrote in his seminal 2011 essay on software in the Wall Street Journal. “This problem is even worse than it looks because many workers in existing industries will be stranded on the wrong side of software-based disruption and may never be able to work in their fields again.”

Even after the word lost its meaning from overuse, it still suffused our understanding of why the ground beneath our feet felt so shaky. They tried to freak us out and we believed them. Why wouldn’t we? Their products were dazzling, sci-fi magic come to life. They transformed our days, our hours, our interior life. Fear of being stranded on “the wrong side,” in turn, primed us to look to these world-beating companies to understand what comes next.

One of the most articulate and strongest voices in the Syrian community in the United States, Alia Malek, has the best response to this week’s news that Lena Dunham is writing a movie for Steven Spielberg about Syrian refugees:

In an era when people with bad intentions are killing, silencing and explicitly banning Syrians’ very presence, we need those of good intentions not to also exclude Syrians — in this case when it comes to telling their own stories.

Yes, all these projects are likely to be rooted in good intentions. But isn’t it clear by now that sometimes the best articulation of good intentions is to step aside and hand the microphone over to the very people who have been excluded from telling their own stories? Hold the mic, pay for the mic, make money from the mic — OK. But get off the damn mic.

In case you haven’t figured it out, 2018 is the “identity politics” election. Dylan Scotts of Vox writes:

The midterms represent two very different bets about what kind of identity politics can win an election in America in 2018. Democrats are putting faith in a diverse, progressive future. Republicans see a much darker underbelly in the American electorate, and they are hoping to exploit it for another unexpectedly triumphant Election Day.

A few years ago Al Jazeera produced a documentary about the “Israel Lobby” in the United States but then never released the film. Now, Electronic Intifada is releasing it (bootleg) episode by episode. So if you want to see what was censored by Al Jazeera, here’s your chance. According to the website:

It shows that Israel’s semi-covert black-ops government agency, the Ministry of Strategic Affairs, is operating this effort in collusion with an extensive network of US-based organizations.

In an article about the mid-term elections, Bloomberg provides this map that indicates the issues mentioned most often in ads in House, Senate and gubernatorial races in 2018. The data is provided by Nielsen media market:

This was the most heartwarming tweet of the week. Remember Parker Curry, the little girl who couldn’t get enough of the Michelle Obama portrait? Guess what she dressed up as for Halloween and, guess who loved it:

your scientists were so preoccupied with whether or not they could, they didn’t stop to think if they should pic.twitter.com/FP7L6TriFB

Required Reading is published every Sunday morning ET, and is comprised of a short list of art-related links to long-form articles, videos, blog posts, or photo essays worth a second look.

10 Most Shocking Plot Twists In The Star Wars Saga 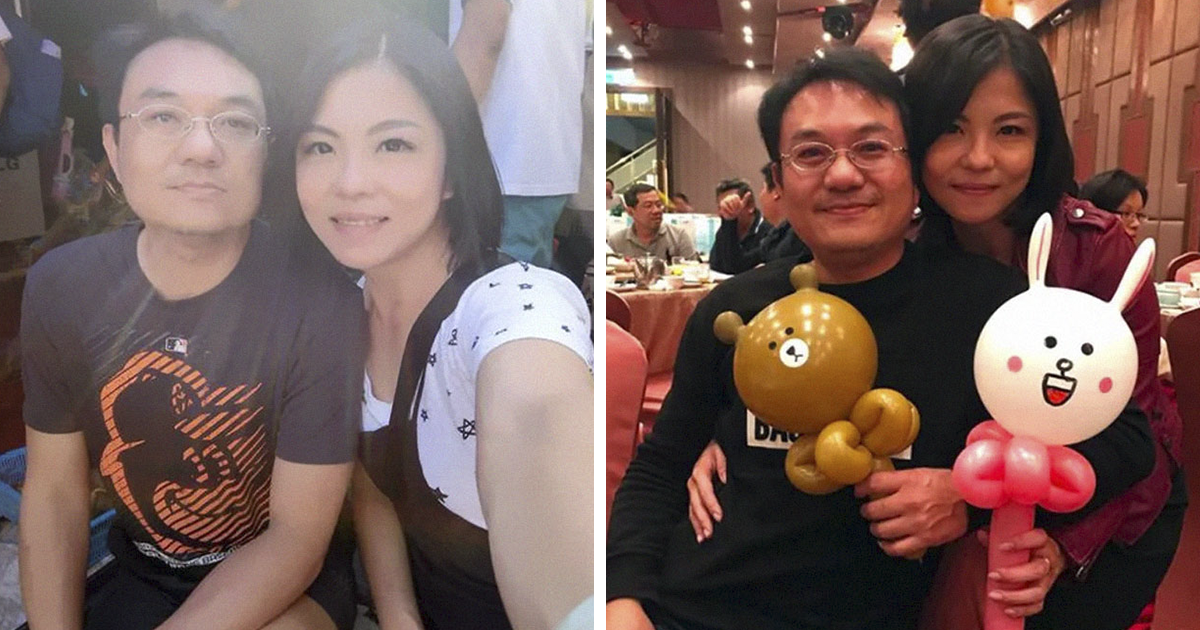