Apparently, Michael is a big Newsies fan based on his fashion choices.

Michael didn’t waste any time getting his army together on Supernatural Season 14 Episode 1, but the hour lacked in providing any fear for what Michael is really up to.

Michael has always been viewed as the big bad who everyone should fear but we barely got five minutes of Michael in action even though we got a quick glimpse of what Michael was up to.

One of the questions I have is if he has been gone for three weeks, what kind of army has he already amassed? They had the perfect opportunity to delve into what Michael has been up to since Supernatural Season 13 Episode 23.

I would have loved seeing Michael go through various towns to show what kind of power he holds. It wasn’t even a huge surprise to find out Michael was using monsters — we already knew he wouldn’t be putting together an army of humans.

We needed to see more of Michael to truly be fearful of him instead of seeing him kill one human because he didn’t think he was worthy and enlisting Jo’s help in his master plan.

I’m also not convinced Jo isn’t trying to play Sam. We don’t know a lot about her except she is selfish. She has to be playing both sides and will make her ultimate decision when she gets an idea of who is going to win.

It’s also confusing how Sam didn’t know where Dean was considering Michael has been gone for three weeks, and he’s obviously picking humans off left and right.

Couldn’t Sam track the number of people being killed under mysterious circumstances and put two and two together? It’s not like there’s radio silence on the various people coming to an untimely end.

I did appreciate Michael not contacting Sam. Whenever shows go with the bad guy contacting the good guy it makes me want to scream. It’s such an overused plot device — thank you, writers, for not going there.

Speaking of Sam, it was fascinating to see the difference between his leadership versus Dean’s. Sam didn’t hesitate to allow Jack go along on the dangerous mission whereas Dean would have insisted on Jack staying behind because he wasn’t ready.

I fully supported Sam’s decision in letting Jack go, too. There was no reason to keep him behind to just continue to train him. He needed to be thrown in the mix as soon as possible to get an idea of what everyone is up against and the reality of not having his powers.

Jack has relied on his powers since birth and taking them away poses the biggest challenge to him. It was a smart decision to strip away the powerful side of Jack. He now has a chance to find the human side to himself.

Bobby taking Jack under his wing for some training is the perfect way to incorporate him into the show. It’s very similar to the way our Bobby fathered Sam and Dean and must bring up a lot of memories.

I can’t be the only one who is loving the relationship between Bobby and Mary, right?

I’ve never been one to instantly say two people have to be together, but the friendship between Mary and Bobby is fantastic. Here’s to hoping there is a lot more of this friendship and maybe it will provide some light during the darker moments of the season.

It was interesting to see the parallels between Sam and Mary. Mary is taking on the mother role while also trying to get Sam to look at the bright side of this whole Michael situation.

It’s surprising how quickly Sam has fallen into such a dark place considering it’s only been a handful of weeks. Doesn’t he remember when Dean was a demon? He kept a positive outlook on getting his brother back despite the possible bleak outlook.

Was anyone else baffled when Castiel seemed surprised Kit brought other demons along as backup? Did he really expect him to just go to a bar without a plan?

There was also no way Kip even had a slight idea where Michae was — he was a second-rate demon at best. Secondly, if he had the information, he wouldn’t just give it up to Castiel because he was being threatened.

Castiel got credit for at attempting to put on a tough front but the bunker crew could have easily provided Castiel with extra bodies in case things went south. Maybe Bobby should invite Castiel to the training sessions with Jack — he needs to be able to protect himself.

Overall this wasn’t the season premiere I was expecting. Even the reveal of Nick being alive wasn’t attention-grabbing; though it will be interesting to learn how he managed to survive.

This isn’t to say we needed to know right off the bat how this season is going to go, but it definitely needed more excitement to establish dread at what Michael is going to do and how it will affect Dean to make a mark.

Maybe they’re going with the slow burn before going insane, but in my experience, that isn’t the best way to start off a season.

Now it’s your turn to tell me what you think.

Do you think we should have seen more of Michael? Were you disappointed with the pace at the house? Do you believe Jo is working both sides?

Let me know in the comments below.

Don’t forget you can watch Supernatural online anytime via TV Fanatic and catch up on what you missed. 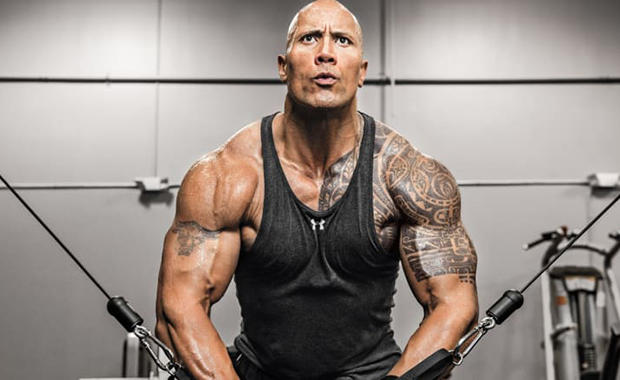