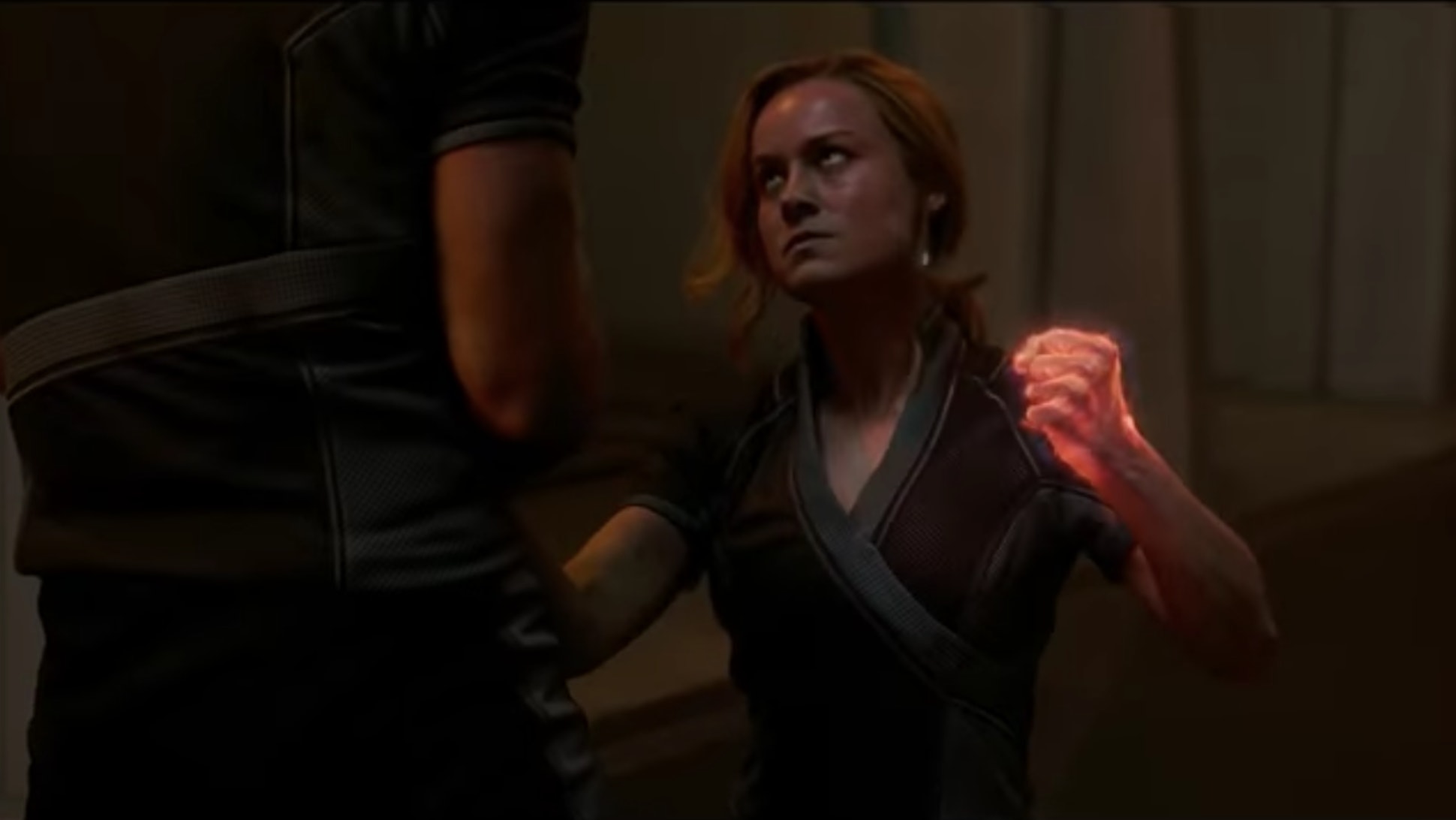 If you saw Captain Marvel and found yourself coming away dying to know even just a tad bit more about Yon-Rogg than you got, then there’s a deleted scene that you need to know about. It goes into Vers’ question about him and the Supreme Intelligence and gives his character a little more depth too. This Captain Marvel deleted scene is also one that directors Anna Boden and Ryan Fleck wish had made it into the final cut, and while it’s not action-packed, it still sounds interesting. And it answers all the questions you have about Yon-Rogg’s visit with the Supreme Intelligence.

In a new interview with Cinema Blend, the co-directors reveal that there was a scene where Yon-Rogg sees his manifestation of the Supreme Intelligence, and it’s one they wished had been in the final cut of the movie. "I think the scene where Jude visits his Supreme Intelligence is really fun," Boden said. "It’s just one of those delicious after scenes where Jude Law is playing both characters and being both brutal and vulnerable in the same space." In the film, Vers is egging Yon-Rogg on, trying to get out of him who he see when he’s in there, but he didn’t budge and it’s never revealed who it is that comes up as the advanced AI of the Kree people. But it actually makes sense that it’s himself.

"Yon-Rogg, of course he’s himself when he visits the Supreme Intelligence," Fleck said. And Boden pointed out why this was so perfect for Yon-Rogg as well: "Because you see the person who you admire the most, right?" she said. With the way Yon-Rogg is so invested in controlling Vers and wielding her as a weapon for the Kree in their unjust war, it’s very obvious even through all that that he respects himself the most.

In an early, pre-release interview with Entertainment Weekly Jude Law said that above all for his character, Kree comes first. "He is driven by a belief in the divine leadership of the Kree people," Law told the publication. "So he’s almost a devout warrior unquestioning, conservative, but inspirational." But as the film revealed, working for the Kree means also hurting and killing less powerful groups in the process.

Law gave sort of misleading intel on his relationship to Vers in those early interviews, most likely to sell the opening story that the Kree are good. "These extraordinary powers she has, he sees them as something of a blessing and something that she has to learn how to control," Law said of Carol’s abilities. "That’s a motif throughout the piece, the element of learning to control one’s emotions and to use your powers wisely."

But as is unveiled in the movie, the final takeaway from the story, especially for women and girls, is to never let anyone make you feel like you need to reduce your power or your worth to fit their mold of you. As Captain Marvel states in the final moments of the film, you have nothing to prove to anyone else, just yourself.

The Supreme Intelligence was just as much a villain as any of the Kree, including Yon-Rogg, and that final scene where Carol overcomes its hold on her is all the more powerful. If they had kept the scene in the film, it would have made that train car scene where Vers is playing around with Yon-Rogg feel a little more meaningful, instead of a throwaway part of their conversation. It sort of seemed like it would get a payoff, but in the end, with the scene cut, it was just a way to show their bond. That doesn’t take away from the movie at all, but it does make us hope this deleted scene is released at some point.