New Delhi: A majority of cryptocurrencies extended their weakness on Tuesday as most of them were trading lower. Barring Bitcoin, all other nine out of the top 10 cryptocurrencies were lower at 9.30 hours IST. Bitcoin was marginally up, whereas Solana, Ripple and Polkadot shed up to 6 per cent each.The global crypto market cap eased as much as a per cent to $2.30 trillion compared to the last day. However, the total crypto market volume rose more than 7 per cent to $105.63 billion.The second-largest cryptocurrency by market capitalization, Ethereum, has shown a sharp rise recently, said ZebPay Trade Desk.”The burning phenomenon came about with the EIP-1559 upgrade which tends to make ETH more deflationary, which is why over the longer term, this could benefit the asset,” it added.Bitcoin climbed above $57,000 for the first time since May as speculators bet that the largest cryptocurrency will retest the record highs reached earlier this year.”Bitcoin surged to a 5-month high, increasing by over 30% in October. As economies across the world begin to reopen and fast-track their road back to recovery, Bitcoin’s rally could be an indication of investor confidence in the global economy and its rising position as an asset class,” said CoinDCX Research Team.!function(){“use strict”;window.addEventListener(“message”,(function(e){if(void 0!==e.data[“datawrapper-height”]){var t=document.querySelectorAll(“iframe”);for(var a in e.data[“datawrapper-height”])for(var r=0;r 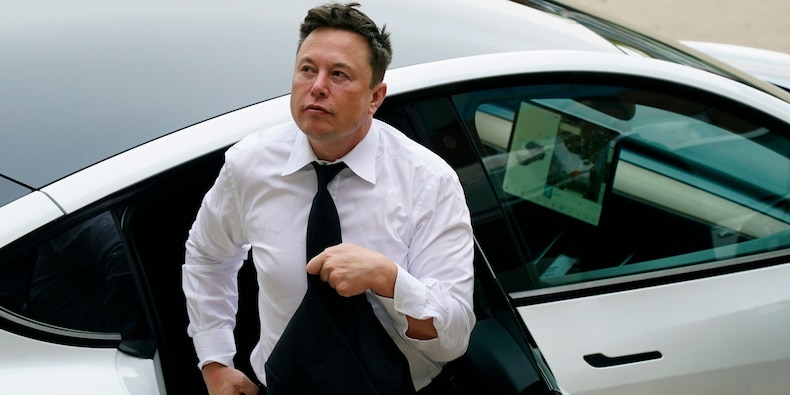 Tesla falls as much as 5% after Elon Musk warns it hasn’t yet signed the Hertz contract for a record-breaking 100,000 orders