As Russia’s invasion of Ukraine has increasingly turned to artillery and aerial bombardment of cities, calls are growing louder for Western nations to establish a no-fly zone over Ukraine to protect civilians and thwart the Russian advance.

The move would require a group of countries–potentially the U.S. and NATO allies—to declare that Russian military aircraft and missiles are no longer allowed in Ukrainian airspace.

Since Feb. 28, Ukrainian President Volodymyr Zelenskyy has pleaded with the U.S. and its allies for a no-fly zone. On Sunday he reported that the city of Vinnytsia was attacked by eight missiles from Russian troops. “We repeat every day: ‘Close the sky over Ukraine!’” the Ukrainian leader said. “Close it for all Russian missiles, Russian combat aircraft, for all these terrorists. Make a humanitarian air zone—without rockets, without air bombs.”
[time-brightcove not-tgx=”true”]

Outside Ukraine, several military leaders and Western government officials have expressed support for at least considering the action. Sen. Joe Manchin, a Democrat from West Virginia, told NBC News the option should not be taken “off the table.” The chair of the U.K. Parliament’s Defence Select Committee reiterated this, saying the world should not abandon Ukraine. A Reuters poll with Ipsos also found that 74% of Americans were in favor of an air exclusion zone over Ukraine.

However, NATO (the North Atlantic Treaty Organization, a Cold War-era alliance that was established to oppose the Soviet Union) has ruled out such a move, warning that it could result in a “full-fledged war in Europe.” A no-fly zone would put U.S. and other NATO pilots in a position of shooting down Russian planes and helicopters, and likely firing on ground forces. Experts warn such action risks escalating the conflict dramatically—into cataclysmic nuclear war, at worst. The Pentagon has repeatedly dismissed calls for establishing a no-fly zone, citing President Joe Biden’s insistence that no combat forces will be sent to Ukraine.

Experts also warn that establishing and maintaining a no-fly zone over Ukraine, in the face of determined Russian resistance, would be costly. The U.S. military has had free-reign of the skies in each war it’s been involved in since World War II, and American forces have established no-fly zones before. But unlike previous instances in Iraq, Bosnia and Herzegovina, and Libya, which involved containing small and out-dated air forces, Russia has one of the largest air forces in the world—far larger than any in Europe—as well as advanced surface-to-air missile (SAM) systems.

“Combat air patrols in [no-fly zones] might be able to cope with a couple of airplanes violating the zone, but not with coordinated, en masse deployment of several dozens or even hundred of airplanes the Russians are able to deploy if they wish so to challenge the [no-fly zones],” says Daniel Hegedüs, a visiting fellow for Central Europe at the German Marshall Fund.

Here’s what you need to know about no-fly zones, and why imposing one over Ukraine is unlikely at this time.

What are no-fly zones and how have they been used before? 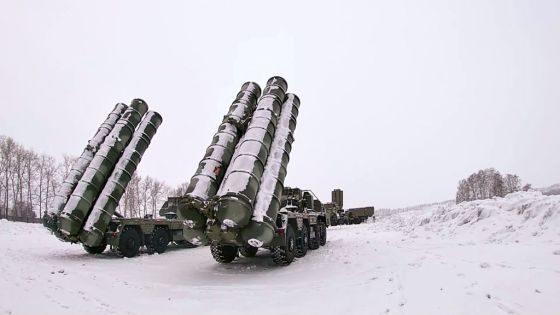 In the context of wars and conflicts, a no-fly zone is imposed when a country—or group of countries—bar military and other aircraft from flying over a particular area. Creating a no-fly zone also allows the surveillance of ground enemy troops inside and just outside the designated airspace. Any unauthorized flights risk being attacked and shot down.

Modern no-fly zones have been used since the 1990s. A U.S.-led coalition first created one in Iraq in the aftermath of the Gulf War in 1991 to protect Iraqi civilians from aerial attacks carried out by the government of then-President Saddam Hussein. NATO banned unauthorized aircraft from the airspace of Bosnia and Herzegovina from 1993 to 1995 during the Bosnian War. NATO also enforced a no-fly zone in Libya in 2011 to protect population centers from attacks by the Libyan government under Muammar al Gaddafi during a popular uprising.

But declaring a no-fly zone would be much more difficult in Ukraine. On top of the air force, Russia has extreme long range SAMs. “Nearly all of the country of Ukraine is, in some way or another, under the umbrella of Russian surface-to-air missile capabilities,” a senior defense official said March 8.

The formidable S-400 Triumf air defense system can hit targets 250 miles away (about the distance from the western Russian city of Belogrod to the Ukrainian capital Kyiv.) In order to effectively implement a no-fly zone, allied aircraft would have to establish air-superiority, which could include striking SAM launchers inside Russia.

Why is Ukraine asking for a no-fly zone?

Two weeks into Russian President Vladimir Putin’s unprovoked invasion of Ukraine, civilians living in the northern and eastern parts of the country are being hit with around-the-clock airstrikes, artillery shelling and unguided rockets. The Russian military has now launched more than 600 missiles—many of them into population centers, killing hundreds, if not thousands, of innocent Ukrainians.

The U.S. and its allies have been bolstering Ukraine’s military firepower to aid in the fight against Russia. A senior U.S. official reported to CNN that U.S. and NATO member-states deployed 17,000 anti-tank missiles and 2,000 Stinger anti-aircraft missiles to Ukraine. The U.S. and Poland are even investigating the possibility of a deal that would give Polish MiG-29 fighter jets to Ukraine. Ukrainian air force pilots already know how to fly the Soviet-era jets.

However, many military analysts fear that Ukraine’s tough resistance will eventually crumble under the might of Russia’s much larger military—which is among the most formidable in the world. Russia has been doubling down on military modernization since 2008. The latest data from the 2022 Military Balance Report by the International Institute for Strategic Studies, reports that Moscow has more than 900,000 troops, while Kyiv has 196,000 active military personnel. IISS indicates that the Russia air force has some 1,172 combat-capable aircraft, while Ukraine has just 172.

That advantage means Ukraine has been hard-pressed to stop Russian aircraft and missiles from bombarding its military forces and cities. Leaders in Ukraine have pleaded for the U.S. or allies to impose a no-fly zone in Ukraine to protect civilians from Russian airstrikes.

For Alexander Benard, an adjunct fellow at Hudson Institute who has written on previous no-fly zones, imposing a zone covering the entire country “could do more harm than good, by expanding the conflict beyond Ukraine’s borders” and involving countries that seek to enforce the no-fly zone in the war.

Zelenskyy has slammed the regional defense coalition’s stance, and said that the crisis in Ukraine requires Western leaders to act. In a video Sunday, he explained that if a no-fly zone cannot be imposed, or if they cannot receive defense aircraft, it means that, “you also want us to be slowly killed.”

Others are calling for a “limited” no-fly zone that would only protect humanitarian corridors for refugees fleeing Ukraine. Politico reported that several former U.S. defense and foreign policy officials wrote to Biden seeking the deployment of American and NATO aircraft with a promise not to engage Russian forces.

What would it take to establish a no-fly zone in Ukraine? 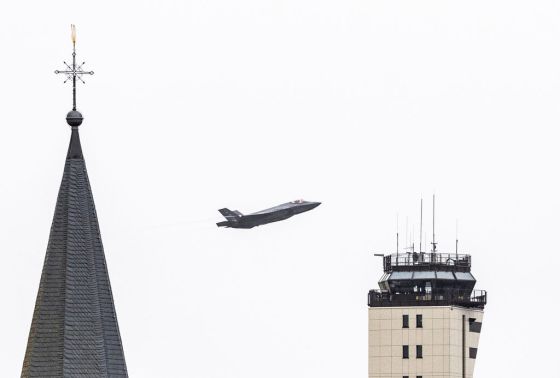 Foto Hosser/Picture Alliance/Getty ImagesA U.S. Air Force F-35 fighter jet takes off from Spangdahlem Air Base in Germany on Feb. 22, 2022. U.S. forces moved stealth fighter jets to the air base in the Eifel region ahead of the Russian invasion of Ukraine.

Top of the line American fighter jets, such as the F-22 Raptor, the F-35 Lightning II, and F-15 Eagle, would need to be sent into the warzone all day and night, along with aerial refueling planes. Ground crews would have to be stationed nearby. Electronic attack aircraft would presumably be sent in as well to disrupt and jam Russian radars to avoid detection and targeting.

Benard also says that no-fly zones only work if the militaries of the U.S. and NATO allies are willing to aggressively enforce them. “This means NATO would need to be ready to shoot down Russian planes that violate the no-fly zone,” he said.

That’s a prospect that NATO and the Soviet Union spent decades trying to avoid. While Russia may have a smaller military than its communist predecessor, it still controls the largest nuclear arsenal in the world.

Additionally, suppressing Russian air power would require massive numbers of planes and SAM missiles. While the U.S. Air Force is the largest in the world, with more than 2,200 fighters, bombers, and attack aircraft, European air forces are considerably smaller. The U.K.’s Royal Air Force has 234 combat-capable aircraft, while the air force of Poland, a NATO member that borders Ukraine, has 94.

Why has NATO rejected a no-fly zone?

Despite their desire to stop Russia’s invasion, NATO countries have decided that the risk of fighting against a nuclear-armed adversary is too great. Biden emphasized this in his State of the Union speech: “Let me be clear, our forces are not engaged and will not engage in conflict with Russian forces in Ukraine.”

Putin earlier warned against imposing a no-fly zone over Ukraine—he threatened that any third party that makes “any move” towards creating a no-fly zone will be considered a participant in the armed conflict. He has also made veiled threats of nuclear retaliation against any countries that get involved in the war.

“We will consider them participants in hostilities that very second,” Putin said in a meeting with airline crew members on March 5. “Their membership in any organization will not matter then.”

NATO Secretary-General Jens Stoltenberg said the decision to provide military support to Ukraine and sanctioning Russia, instead of deploying NATO forces was “painful.”

“We understand the desperation,” said Stoltenberg on March 4. “But we also believe that if we did that, we’ll end up with something that could end in a full-fledged war in Europe, involving many more countries, and causing much more human suffering.

Even if a NATO-Russia confrontation over a no-fly zone did not escalate into a nuclear exchange, such a move would put NATO countries at risk of retaliation, says Benard: “It is more likely that conventional warfare would spill across Ukraine’s borders into neighboring countries that are providing operational support for the no-fly zone.

—With reporting by W.J. Hennigan/Washington 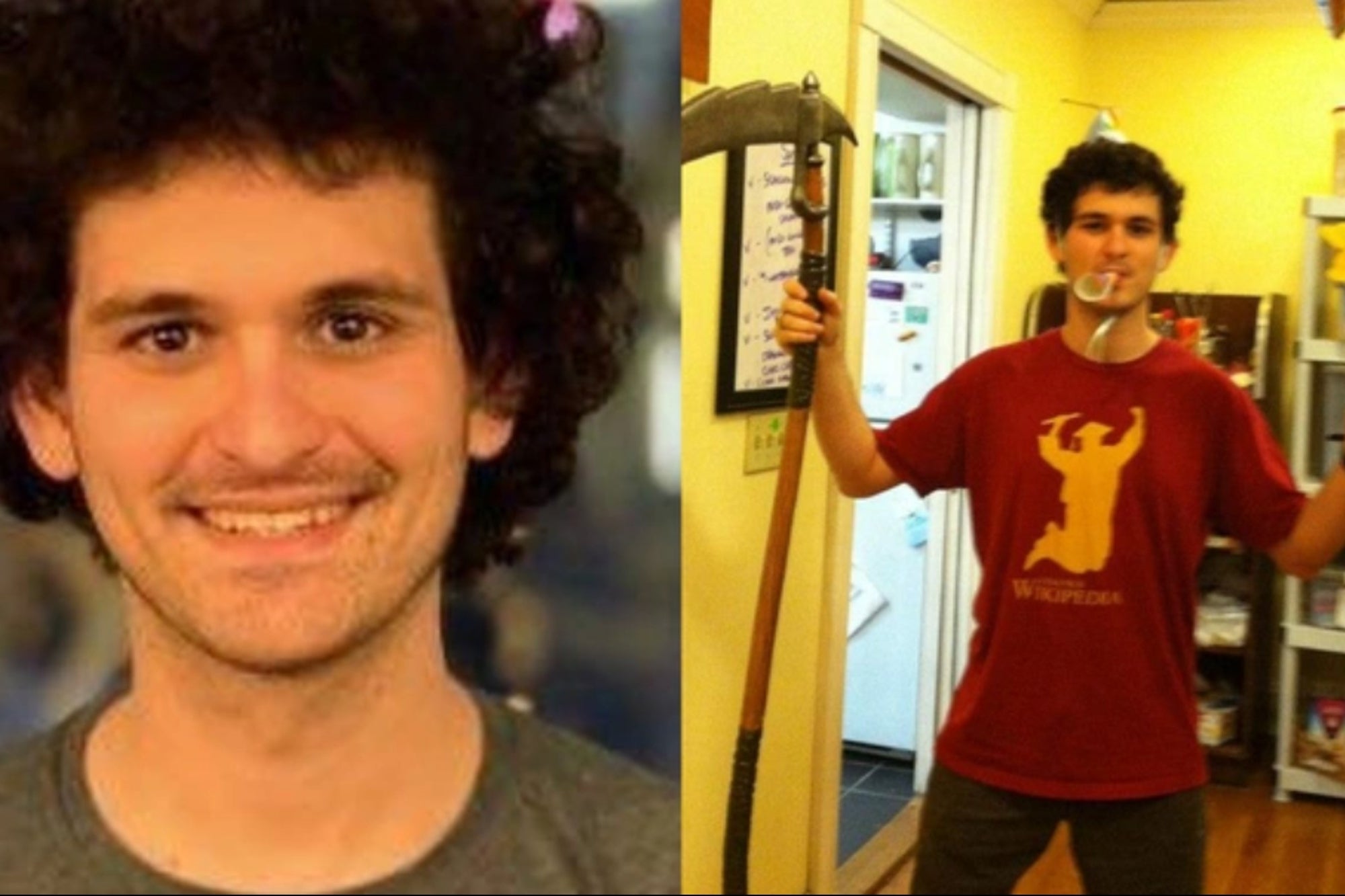