A woman fully committed to the ‘baby shark challenge’ and hilariously performed the routine dressed as a shark.

Admit it, just reading ‘baby shark’ has got the tune going in your head, hasn’t it?

What was once simply a song enjoyed by young children and around fires at summer camps has now become a viral trend, as more and more people take on the ‘baby shark challenge’.

One woman, named Ashleigh Waller,  threw herself into the challenge and dressed up as a shark for her video.

Check it out here:

Like all of the best songs, the repetitive, catchy tune has dance moves to go along with the lyrics. I say catchy – it can get tiresome after a while.

But of course where there’s a dance, there’s often some viral videos to go with it, and so the challenge was born.

This particular performer donned armbands and blue face paint for her camera appearance, creating some sort of child swimming-slash-shark hybrid for the hilarious video. Similar to a lot of Drake’s ‘Kiki challenge’ videos, the shark woman does her dance alongside a moving car – which I will always see as quite a dangerous act.

At least she has her armbands on for safety.

Ashleigh walks viewers through the story of the family of sharks, changing her facial expressions and arm movements to appropriately represent the characters of the baby, mummy, daddy, grandma and grandpa shark, before coming to a close with a face showing what can only be described as pure joy.

It’s simply a delight to watch. Dedication is key.

Appreciative comments have been pouring in for Ashleigh, who no doubt made a lot of the viewers of this video smile.

Me and this chic could be friends….. loved it…  Love someone who can have a laugh good on ye chic…. I love it! Clearly she’s having fun doing this, and that’s all that matters… I love it!

Despite the enjoyable videos we get out of challenges like this, some people are wishing for the baby shark trend to die out as soon as possible.

Admittedly, I imagine having the tune running round and round in your head is something that would result in insanity.

Not to be dramatic but if i hear that baby shark song one more time, I’m going to rip my ears off

Not to be dramatic but if i hear that baby shark song one more time, I’m going to rip my ears off 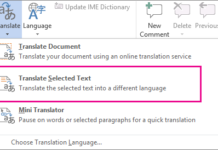 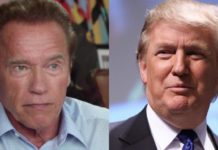