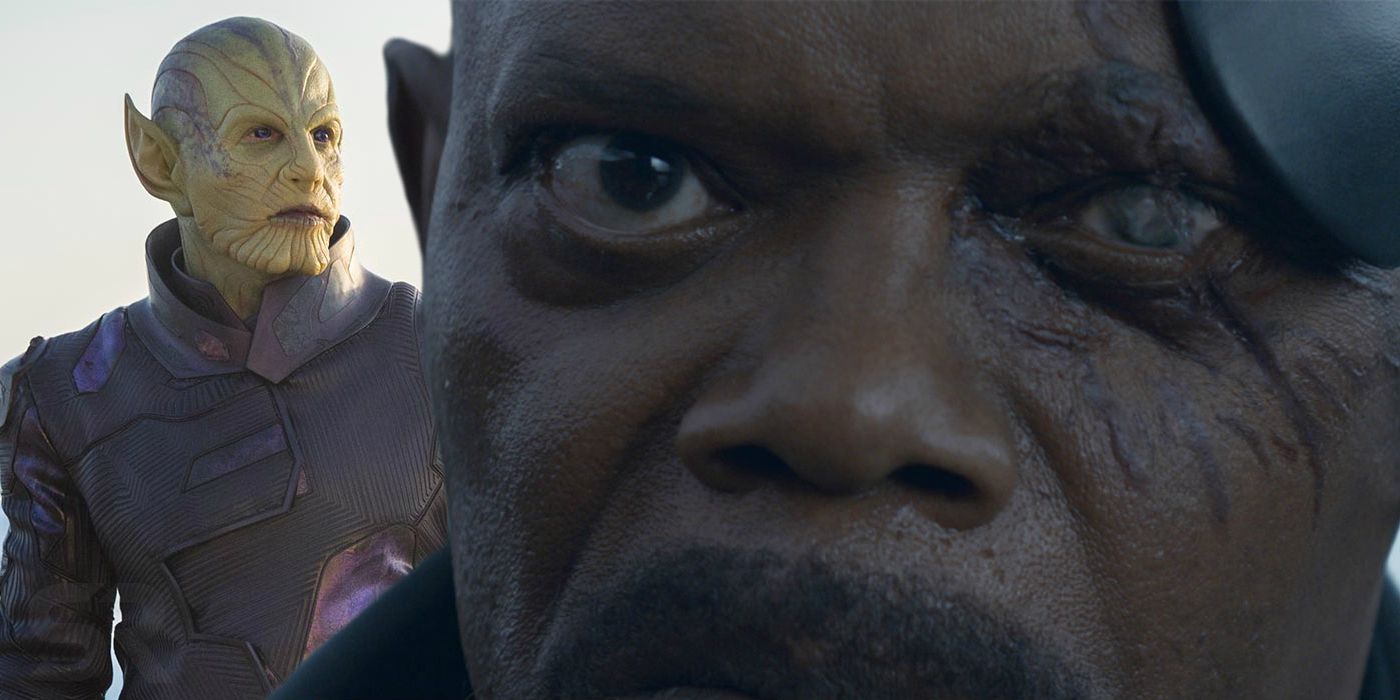 Nick Fury has two eyes in Captain Marvel, but Brie Larson’s solo movie could very well show how he lost one. Fans have long wondered how exactly Fury came to get his famous scar, and with Marvel’s next movie taking place in the 1990s, Marvel has the ability to show it. If the event is included, we already think there’s a leading candidate for who caused Samuel L. Jackson’s super spy to lose his left eye.

Right from SLJ’s first appearance in Iron Man’s post-credits scene in 2008, he perfectly recreated Fury’s comic look. This was an easy accomplishment for Jackson, as Mark Millar redesigned Fury for the Ultimates in his image. In the decade since, Fury has been a recurring character in the Marvel Cinematic Universe, often stopping by to give the heroes a motivational speech or a key piece of intel that helps them succeed. He’s helped shape and launch the careers of several superheroes, but it will be in Captain Marvel that he meets his first one: Carol Danvers aka Captain Marvel. As he will later tell Tony Stark, Fury is about to become part of a larger universe, he just doesn’t know it yet.

Once Fury is part of the top-secret world of superheroes, he’ll spend the next several years in action saving the day. However, being in the thick of battle will teach Fury some valuable lessons along the way. One of them, the loss of his eye, is a physical reminder that helped shape who Fury becomes from that point on. We’ve never seen how he loses it, but that could change in Captain Marvel.

This Page: Fury’s Past & Captain Marvel RolePage 2: How He May Lose His Eye

What We Know About Fury’s Past Already 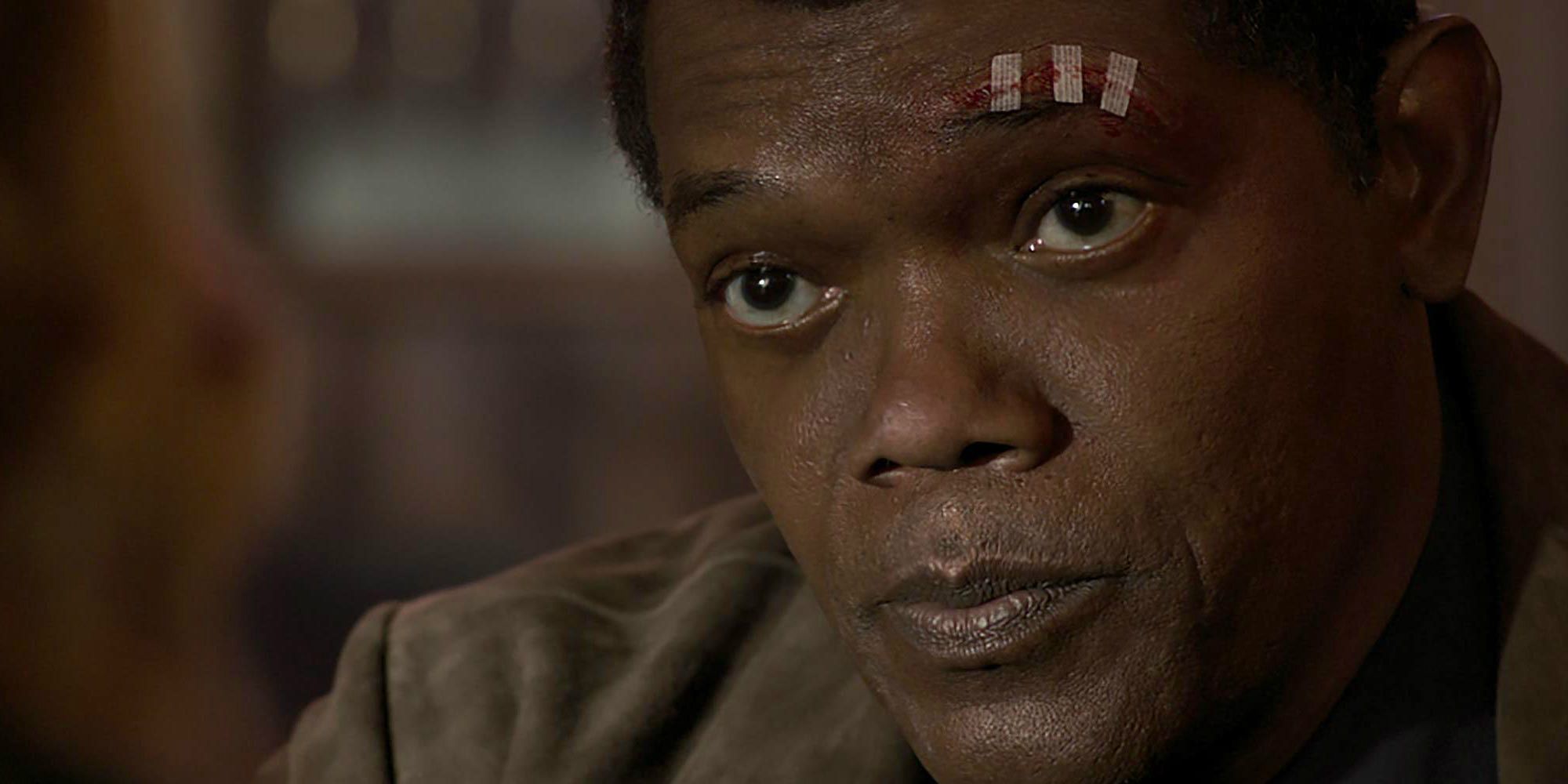 Nick Fury started his heroic days as an officer of the United States Army. He went on to become an espionage agent for the CIA during the Cold War. It wasn’t long after that when he joined the Strategic Homeland Intervention, Enforcement and Logistics Division, or, S.H.I.E.L.D. for short. Captain Marvel will pick up with him during his early days at the organization. He’s been described as a low, entry-level agent back in the 90s, so he is far from the man audiences are accustomed to seeing. Jackson told EW, “He hadn’t become jaded or a slave to the cynicism that we normally see. He sort of respects the people that are above him, more so than the Nick Fury that people are used to.” He even went a step further to say he’s got a bit of humor to him in his younger days.

At some point during this point in Fury’s life, a life-changing event happens to him. The films have never explained it, but Fury has been without his left eye for as long as audiences have seen him. That changes in Captain Marvel with young Fury having both of his eyes still working, so he also doesn’t have his trademark eyepatch. What is clear is that at some point in the decade and a half of adventures with S.H.I.E.L.D., Fury learns a valuable lesson, but it comes at a price. The loss is the result of trusting someone close to him, and none may be as close to Fury as his original boss and possible mentor. 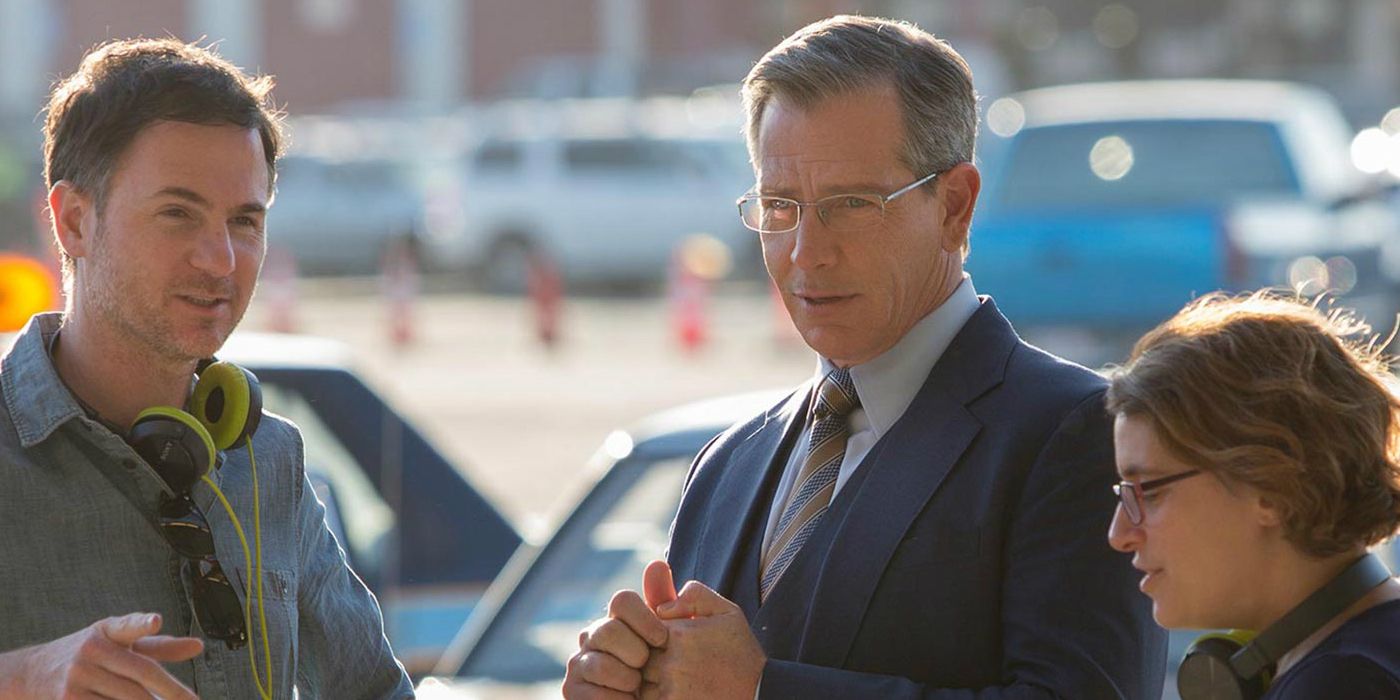 Ben Mendelsohn plays Talos in Captain Marvel, a member of the shape-shifting alien race known as Skrulls. While some of the first images from the movie have revealed what the Skrulls look like in their largely comic-accurate, green portrayal, the additional details about Talos reveal even more. When Talos doesn’t look like a Skrull, he changes his look to go undercover within S.H.I.E.L.D.. Since Fury isn’t yet director of S.H.I.E.L.D., that role still belongs to Alexander Pierce at this time. Even though Pierce is the one who recruits Fury to join the organization, Pierce doesn’t promote Fury for an unspecified number of years.

In the meantime, Fury still has to answer to someone, and for Captain Marvel, that person will be Talos’ human form – who is a high-level agent within S.H.I.E.L.D.. His title or clearance level isn’t known, but reports have confirmed that he is indeed Nick Fury’s boss. Since Talos is Fury’s direct supervisor, it is logical to believe that Talos may even be Fury’s mentor in a way. In that case, expect a close, even trusting, relationship between the two. Fury may have served in the Army or with the CIA, but he hasn’t yet learned the cold hard truth about being a spy. You can’t trust anyone – not even your boss.

Page 2: How Fury Will Lose His Eye 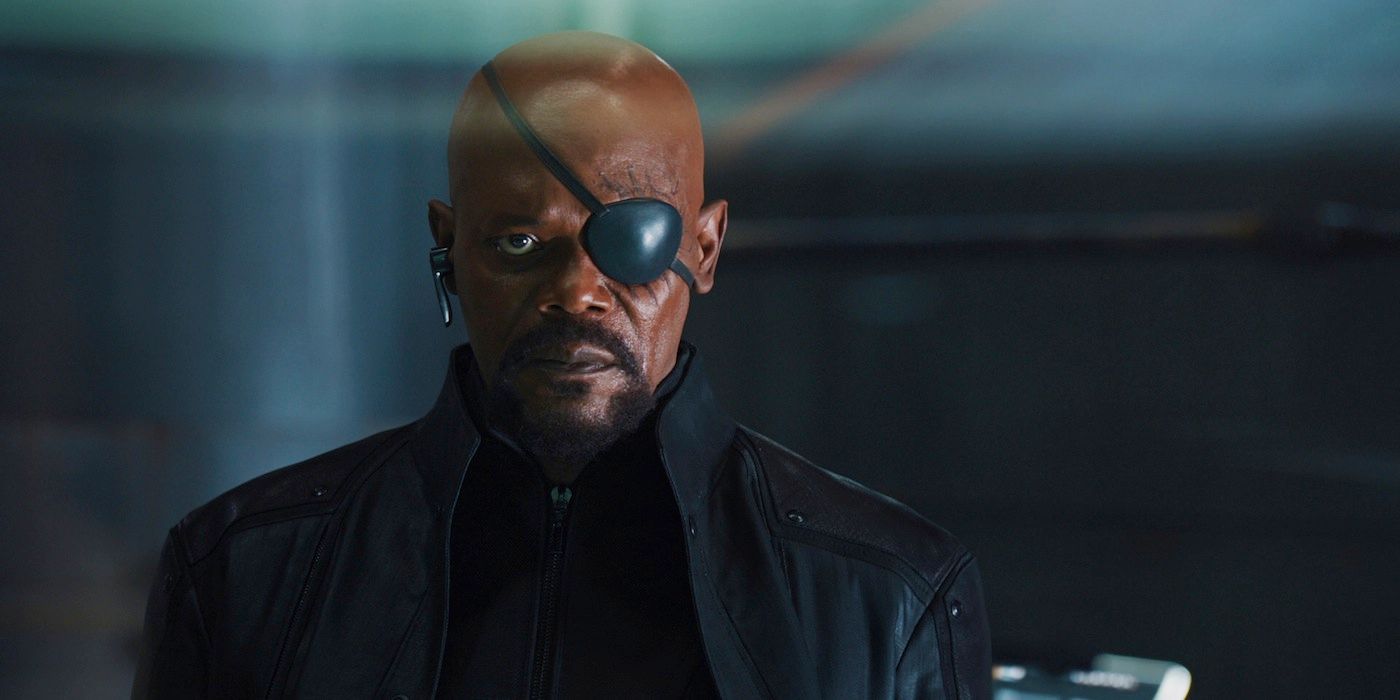 Talos Will Betray Fury… Will It Cost Him An Eye?

If Captain Marvel is going to show how Nick Fury loses his left eye, our early candidate and most likely suspect for being responsible is Talos. As a Skrull, he has the shapeshifting abilities to instantly not be someone Fury should trust. Unfortunately for the young agent, he is just learning that aliens even exist, so he has no clue that his boss/mentor is one of them. To make matters ever worse, Talos’ true goal is to help the Skrulls take over Earth, not protect it as Fury and the rest of S.H.I.E.L.D. want to. At some point in Captain Marvel, Talos’ true allegiance will be exposed and likely result in him betraying Fury.

Again, it is important to remember that Captain Marvel’s version of Nick Fury isn’t anywhere close to the one we’ve seen for the last decade. With S.H.I.E.L.D. already infiltrated (by Skrulls and Hydra at the same time), Fury will likely be completely shocked by Talos’ true identity and plans. And, since he is Fury’s boss and possible mentor, it could be a devastating reveal to a bright-eyed Fury. The loss of the eye could come as Fury attempts to thwart Talos and the Skrulls, only to be easily defeated and left with a permanent reminder of his failure and the betrayal. All of this would finally explain Fury’s line from Captain America: The Winter Soldier where he says, “The last time I trusted someone, I lost an eye,” which may define his mindset from here on out better than any other line. 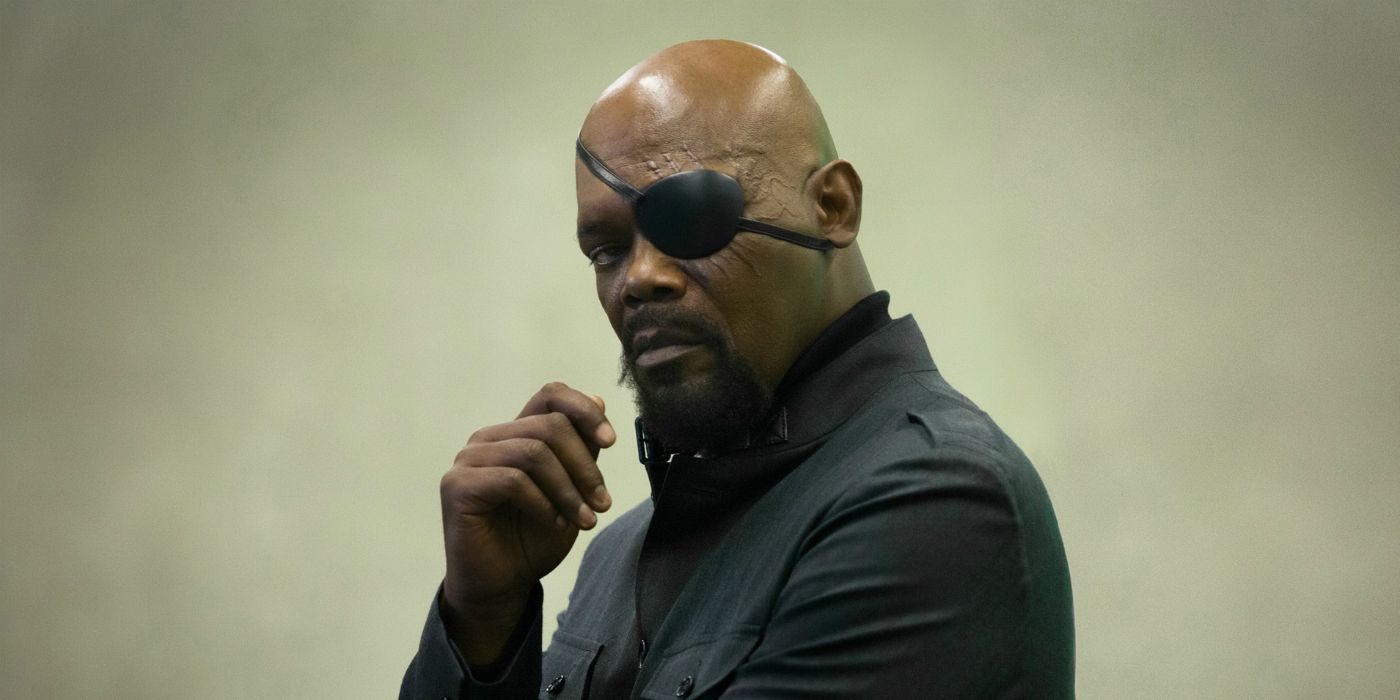 Fury has been a mentor to several of the biggest heroes in the Marvel Cinematic Universe, but he’s also made it this far partially because of his lack of trust. When S.H.I.E.L.D. falls to Hydra, the only people he trusts are Captain America and Maria Hill. Some of his trust issues in this instance are understandable, but he doesn’t even know whether to trust Black Widow due to her spotty history. Talos betraying Fury’s trust and damaging his eye is exactly the kind of moment Captain Marvel can include to set Fury’s entire arc in motion, where he goes on to form the Avengers and always keep plans close to his chest.

Even if it costs him an eye, it also opens the other one up to a whole new world. In the same interview with EW, Jackson says, “He understands that they’re not all enemies, and we do need to find allies who have specific kinds of skills that humans don’t have.” But, that’s easier said than done, which is why Fury places his entire career on the backs of the Avengers originally. He may be proven to be right in the long run, but since Captain Marvel isn’t exactly Carol Danvers’ origin story, fleshing out Fury’s backstory couldn’t hurt.

That all said, there’s no guarantee (as of yet) that Fury’s eye loss will be included. But, with the opportunity to pay off the mysterious Winter Soldier line, Captain Marvel may be too great an opportunity to pass up. And if it is included? Talos has all the makings to be the one responsible.