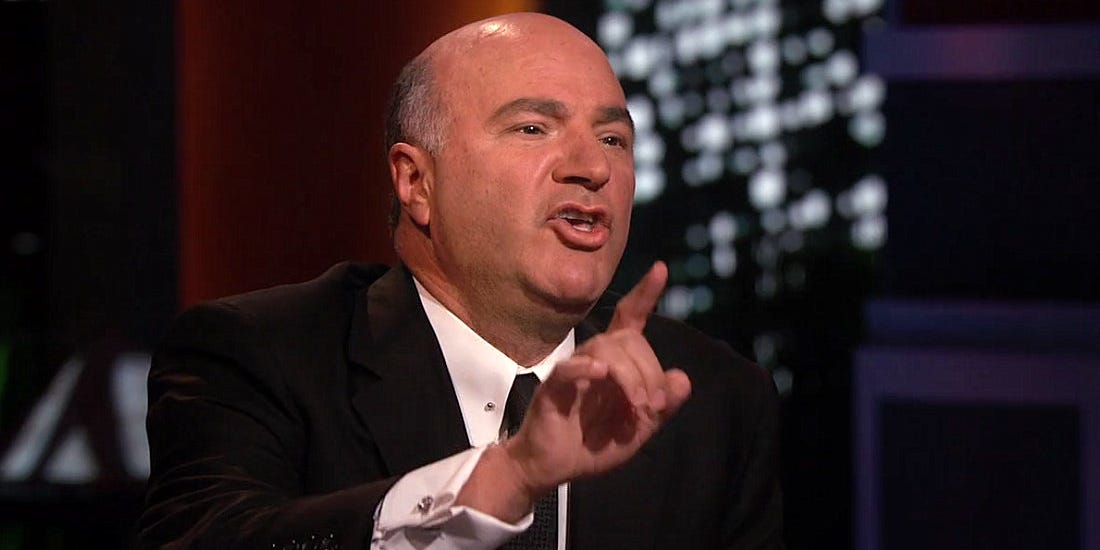 Famed investor Kevin O'Leary has signed on as official spokesman for Sam Bankman-Fried's crypto exchange FTX.
The "Shark Tank" co-host has asked to be paid in cryptocurrency, which will be managed on FTX.
O'Leary once called bitcoin "rogue," but has done a U-turn and now believes it will beat the S&P 500.
Sign up here for our daily newsletter, 10 Things Before the Opening Bell.

Famed investor Kevin O'Leary has asked to be paid in cryptocurrency for taking on a role as official ambassador and spokesman for Sam Bankman-Fried's FTX, the crypto exchange said in announcing the hiring.

The "Shark Tank" co-host also requested that the crypto be managed on the FTX platform, the company said in a statement Tuesday.

O'Leary, populary known as "Mr. Wonderful," said many institutional investors struggle with decisions on cryptoasset investing, given the current regulatory and compliance hurdles.

"I am no different. I want to increase my crypto exposure but also serve my compliance mandates," he said, quoted in the statement.

He entered the partnership with FTX because the exchange met his "own rigorous standards of compliance," he said.

O'Leary will take an equity stake in the owners and operators of FTX.com, FTX Trading and West Realm Shires, under a multiyear deal. As its ambassador, O'Leary is expected to promote the crypto exchange and brands linked to it through a number of initiatives.

The investor was once not a fan of cryptocurrencies, having told CNBC in 2019 that bitcoin is a "rogue" currency. "I have no interest in doing any of this crypto crap because it is not compliant," he said in an interview at the time.

But he has made a complete U-turn since then. In June, he said he would never sell bitcoin and the digital asset makes up 3% of his portfolio.

"I'm not going to trade it," he said in a "Bitcoin Magazine" podcast. "I'm going to own it, and I anticipate it will appreciate over time and probably beat the S&P 500 index."

He also recently praised ether for being a deflationary asset, calling it "ultrasound money."

Read More: A 20-year-old crypto market-maker who skipped college breaks down his Reddit-inspired approach to trading – and outlines why he sees ether displacing bitcoin as the 'king cryptocurrency'

At $96B net worth, Binance CEO Changpeng Zhao is reportedly richer than Mukesh Ambani, Gautam Adani

Hostigger is Now Hostiger and Has Ferociously Cheap VPS Offers for You! (Kansas City or Istanbul)

Dogecoin increased 4,600% in value in one year and Elon Musk gives it another push