Trae Young will be a superstar, but can the Hawks build a winner around him? 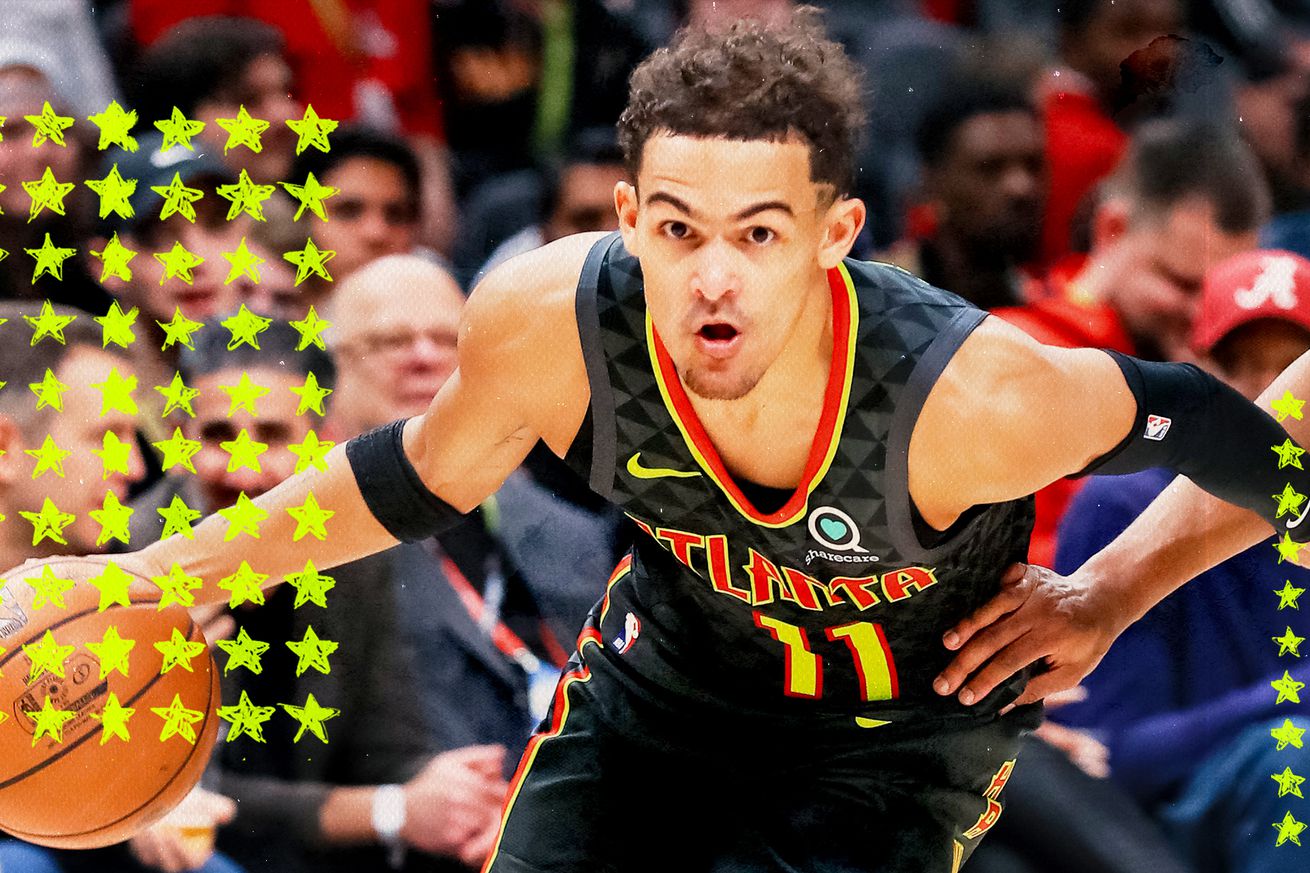 Even if his next decade is consumed by doubt and yeah, but… caveats, Trae Young has officially established himself as a skeptic’s worst nightmare. After a rookie season that teetered between disappointment, fascination, and brilliance, the 21-year-old face of Atlanta Hawks basketball is already a top-five point guard, and the list of players who his general manager, Travis Schlenk, would trade him for can only be counted on one hand.

The numbers are very loud. Young ranks seventh in scoring (26.6 points) and third in assists (8.7). If Luka Doncic and Joel Embiid were never born, he’d have a higher usage rate than every sophomore in NBA history. Before he sprained his ankle in the fourth game of the season, Young’s point totals were 38, 39, and 25 while making over 50 percent of his threes. During Atlanta’s five-game West Coast road trip earlier this month, he averaged 29.8 points, 9.4 assists, and 4.2 rebounds. We’re watching a superstar in bloom.

But also, the Hawks are bad, and regardless of what Young does on a game-by-game basis, he can’t eclipse Doncic’s startling MVP campaign or replicate Steph Curry’s paradigm-shifting innovation. (Young is like a first-time director who can’t break into Hollywood unless he remakes Jaws, so he does and it’s a smash hit. But it’s not Jaws.)

Comparisons are unavoidable, but they poison perspective in a way that slights just how profoundly creative and special Young already is. Judgement and appreciation will clash in a fascinating way throughout his entire career. Until then, what we’re seeing is a basketball genius realize that his survival instincts are what make him unstoppable.

By NBA standards, Young’s height (6’1”) and weight (180 pounds) make accomplishments feel like a tightrope walk between two skyscrapers. He’s somehow first in seconds per touch, while second in time of possession and dribbles per touch, and has drawn more fouls than every player except Giannis Antetokounmpo, James Harden, and Doncic. Atlanta’s offense hovers around league average when he plays and crumbles when he sits. The process of scoring the ball gets 15 percent more arduous for teammates who are suddenly thrust into broader roles they aren’t ready for. Young drags them all into a different dimension.

Most of the advantages he provides are manufactured out of a high pick-and-roll, a standard play that allows Young to weave his bold range and ingenious playmaking instincts together. Young leans on it more than any player in the league, turning a simple act into a persistent riddle for opponents that, more often than not, need at least three defenders—his own man, the screener’s man, and a helper pinching in off the corner—to stop.

The threats come from several angles, and Young’s pull-up three springs each one to life. He’s only making 33 percent of them, but percentages are little more than an illusion when every try feels like it’s going in. Until further notice these looks are the sport’s most devastating weapon, and right now only two players (Harden and Doncic) are encouraged to unleash them when and where they want more than Young. The percentage of his attempts that come from behind the arc after seven dribbles has doubled from his rookie season, and nobody’s average three-point distance is longer, at 27.81 feet. It goes in often enough to force defenses to stay disciplined every second he’s on the floor. Bungle a switch and you are deceased.

Last year Young was 6-for-34 on threes launched with a defender within four feet. So far this season he’s 10-for-24, regularly humbling whoever’s on him with a signature crossover step-back that’s as fun as it is difficult as it is unguardable. And the most lethal part is he isn’t reliant on a screen to get it off.

(I can watch these all day.)

For defenses that aren’t willing to watch him go off, the playbook against his pick-and-rolls is straightforward: blitz, blitz, blitz, blitz. Get the ball out of his hands, force a pass, and make Atlanta’s green supporting cast do something about it. The Hawks aspire to reach a level where this outcome is equally devastating—where relief doesn’t poke its head into a possession just because Young gave the ball up. On occasion, the Hawks get there.

With Thon Maker at the screen to take away a pull-up three, the paint is wide open. Anticipating this pressure, Atlanta has DeAndre’ Bembry short the pick-and-roll by standing on the wing. As soon as Young shuffles him the ball, Bembry whips a perfect no-look pass to the rolling Alex Len for an easy dunk. This is all by design. Re-watch the clip and keep your eyes on Young, who points out Len’s opening as soon as he gets off it.

Here’s another example. This time Pascal Siakam has to leave Jabari Parker in the corner to help on Len’s roll. No matter how tight Toronto’s rotations will be, a ball will always move faster than a body.

And whenever he stands 40 feet from the rim without the ball, it allows teammates to operate in 4-on-4 situations, with enough space to offer an advantage.

Pound for pound, Young’s offensive output is as thrilling and impressive as anyone in the entire league. But his ceiling as a franchise centerpiece is unknown thanks to the fact that he’s always the smallest person on a court that’s occupied by the largest human beings in the world.

Young’s success is conditional upon several variables that heavyweight superstars don’t have to deal with. Because he can’t get to the rim whenever he wants, his floater must be better than consistent. His threes must be more self-reliant and ready to fly from further distances in a tighter window. His pocket passes must be precise and perfectly timed. He must cut harder off screens away from the ball, and embrace physical punishment all over the floor. In short, he has to simplify everything that makes basketball so difficult. So far Young has answered most of these questions, but those sprung on the defensive end are a different story.

The Hawks allow 15.8 more points per 100 possessions with Young on the court, and while that stat comes with plenty of noise it also validates those who believe his wingspan, weight, and height are permanent self-inflicted wounds on 50 percent of his possessions.

On one play earlier this week against the Minnesota Timberwolves, Karl-Anthony Towns responded to Young doubling him in the post with no response at all. He literally was not affected, took his time, then rifled a pass to the opposite corner for an open three.

That play highlighted how even when Young does what he’s supposed to do it doesn’t matter. And when he gambles or makes a mistake, the result is unmitigated disaster.

A top-five offense is possible with Young at its core, but it’s here where Atlanta is right to be concerned. Every front office decision must answer one question: “How does this make Trae’s life easier?” They telegraphed their plan in this year’s draft by swapping two first-round picks for De’Andre Hunter, and then selecting Cam Reddish with the pick Dallas sent them in the Doncic trade. Two versatile wings whose primary value will eventually come on defense, when Atlanta needs to hide Young in a playoff series.

That type of athlete should help—Jaylen Brown would’ve been perfect—as will a bouncy pick-and-roll/pop partner like John Collins (remember him?) who can gobble rebounds and protect the rim. But winning at the highest level isn’t easy, and building a team that can get there is even more difficult when your best player’s warts must be covered up on every other possession.

To balance things out, Young has to be aggressively reckless, calculating when it’s OK to nuke a possession from 32 feet at an unexpected time if for no other reason than to distance himself from the structural norms that still confine so many other players. Failure to do so will highlight the inherent physical disadvantages that convinced so many he was a bust.

Young is riding the crest of a revolutionary wave. He’s not the earthquake that started it. That matters. Defenses are far from perfect, but better equipped than they were five years ago to deal with someone willing and able to shoot as soon as they cross halfcourt. But it’s a two-way street. Young is allowed to explore areas of his skill-set those before him were not. Nobody blinks when he crosses over into a 30 footer. That also matters. One of Mike D’Antoni’s biggest regrets is not going far enough with Steve Nash (who, in Young’s humble opinion, is the greatest player who ever lived) as coach of those Phoenix Suns teams that were ahead of their time.

One day Young will be the best point guard in the world, and Atlanta’s front office has no choice but to try and prop him up with the right pieces. If it works, they may have a perennial contender. If not, it’s a novelty act on quicksand. Either way, Trae Young is going to be Trae Young. 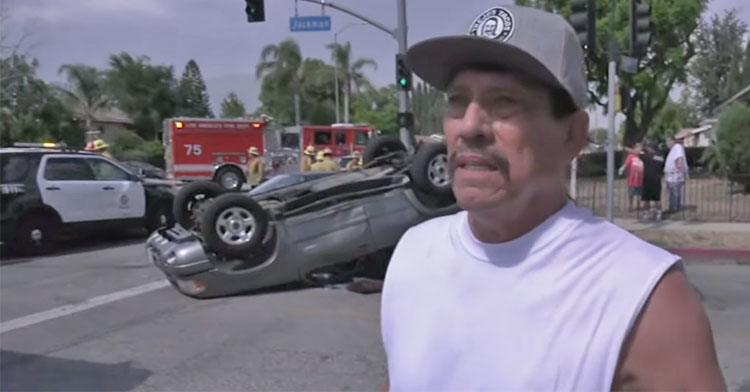