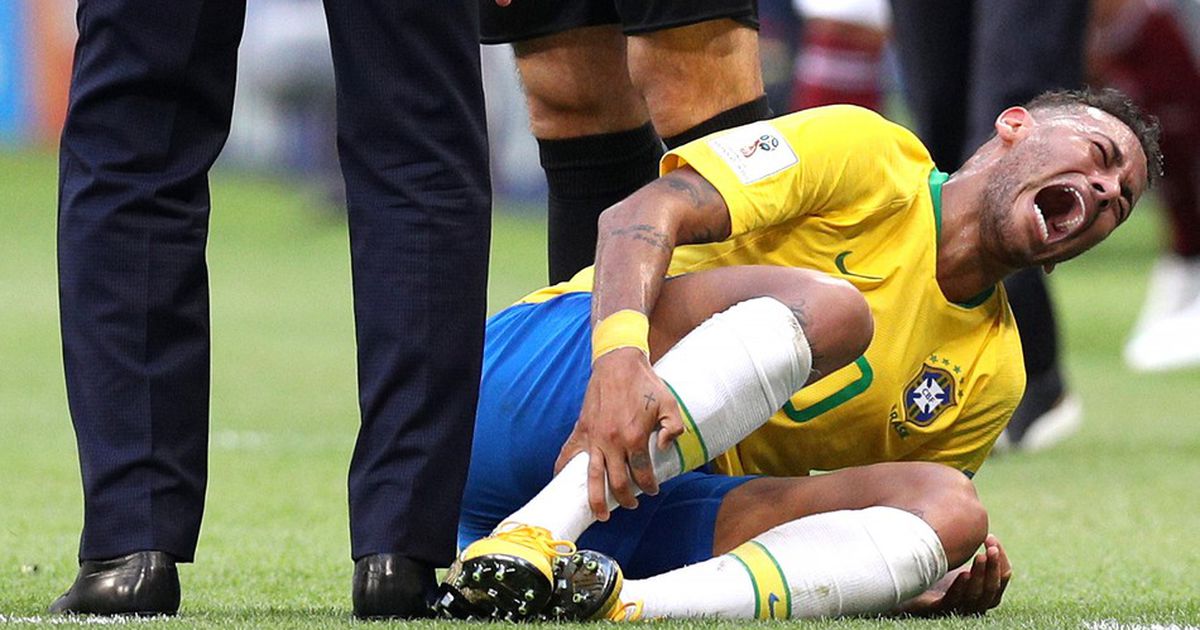 The defining meme of the 2018 World Cup has made its way to… Wimbledon.

Swedish tennis player Jonas Bjorkman took part in his own impromptu #NeymarChallenge after getting hit with a ball during his match.

After first laughing about the hit, Bjorkman pauses, then clutches his stomach and drops to the ground for some dramatic rolling. His opponent Mansour Bahrami then hops over the net to join the fun.

Anyone call for a doctor? No, us neither…

The Wimbledon crowd seemed delighted with the move, which got lots of laughs. The Neymar trolling happened earlier in the week at Wimbledon, but it was widely shared online over the weekend.