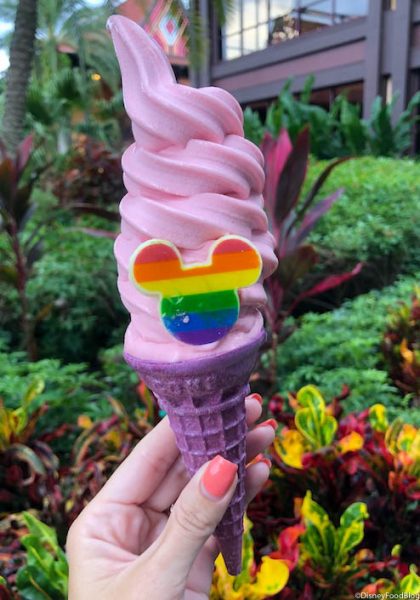 We’ve seen this flavor before in the Redd’s Revenge Float from Sunshine Tree Terrace! But now, the flavor is being served at Pineapple Lanai at Disney’s Polynesian Resort. 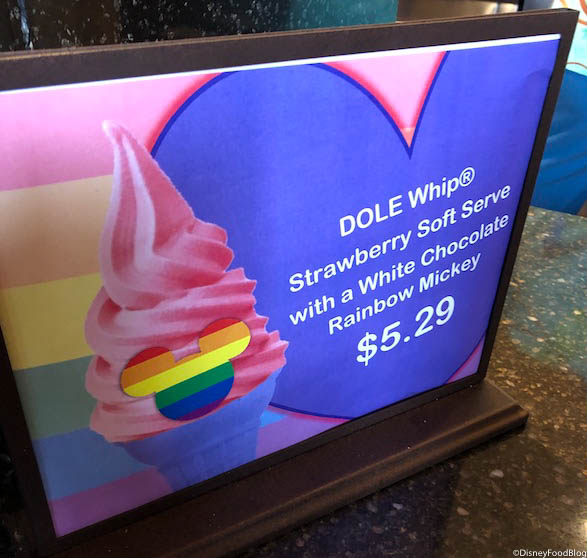 This cone is filled with Dole Whip strawberry soft serve and decorated with a white chocolate rainbow Mickey, which has likely been added to commemorate Gay Days. 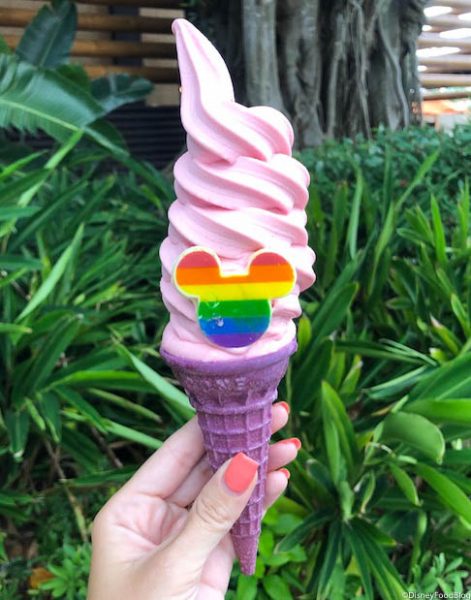 We enjoy the strawberry Dole Whip, but we’re still personally partial to lemon and lime flavors. 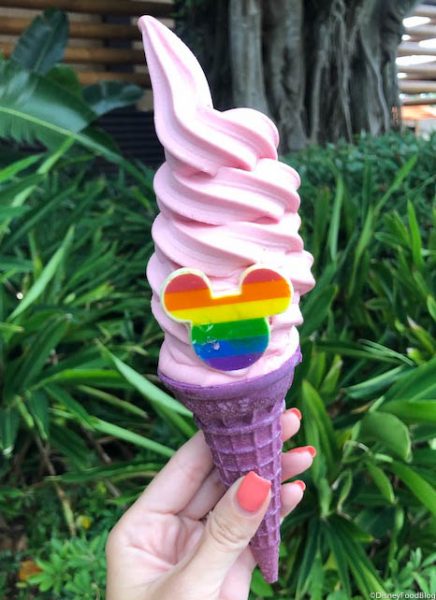 And the cone…well it’s freakin’ purple — just like the cone from the Lost Princess Dole Whip we saw at Magic Kingdom a few months ago! 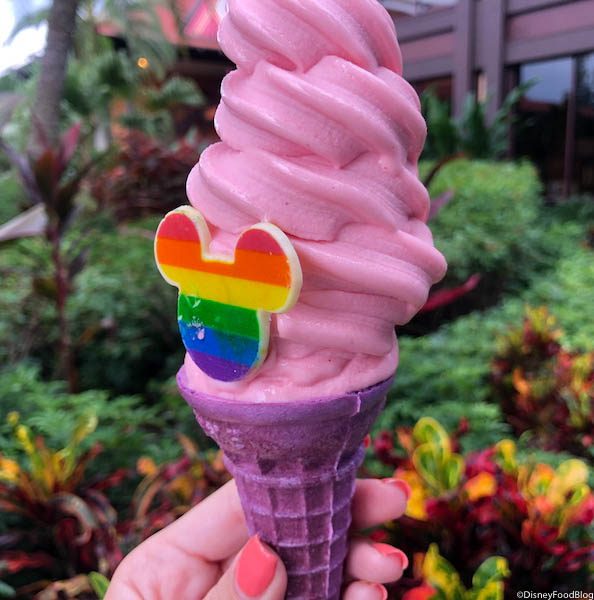 You can currently find the Strawberry Dole Whip Cone at Pineapple Lanai for $5.29. The other current flavors are Lime and Pineapple. 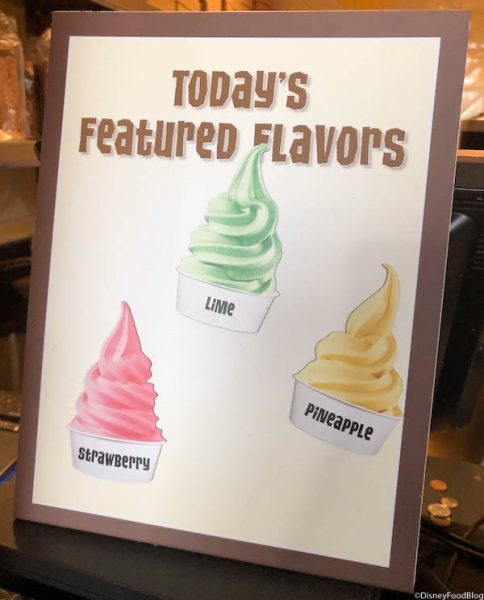 And great news — the Heart of Te Fiti Cone is still available. You can read our full review of this cone here!

What’s your favorite Dole Whip flavor? Let us know in the comments below! 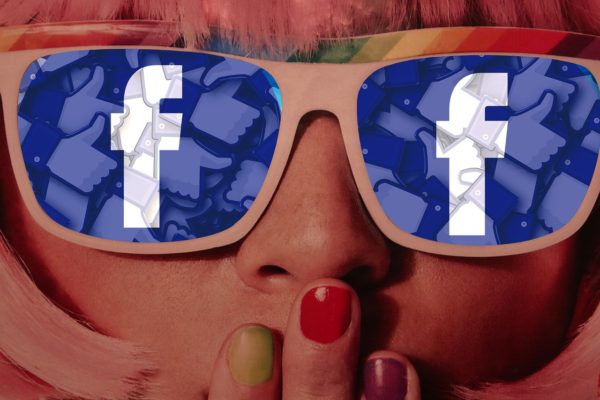