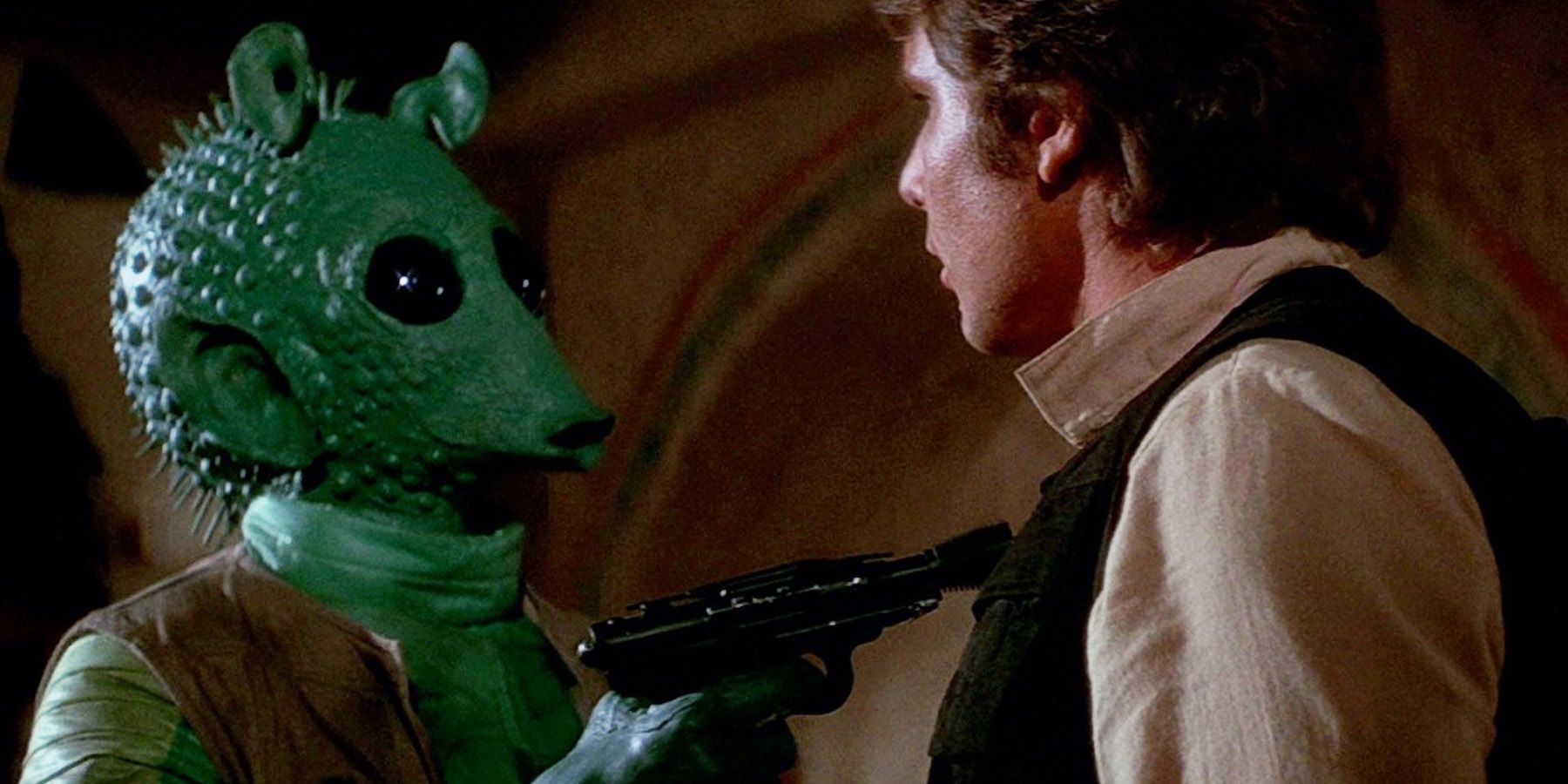 The famed exchange between Han Solo and Greedo in A New Hope has been altered so many times, even Greedo himself is confused. The streaming service Disney+ launched this week, fully-loaded with multiple entries of the Skywalker saga. Many streamers have noticed changes to the 4k versions of the Original Trilogy, the most significant of which takes place in the Mos Eisley Cantina on Tattooine.

Early on in A New Hope, Rodian bounty hunter Greedo confronts Solo on behalf of a debt he owes Jabba the Hutt. In the movie’s 1977 theatrical release, Greedo says,” I’ve been looking forward to this for a long time,” to which Solo replies, “I bet you have,” before shooting Greedo dead. Greedo never fires a shot. However, the 1997 “Special Edition” of A New Hope was edited to show Greedo shooting first, to make Solo seem less like a cold-blooded killer. This change has made the scene one of the most controversial moments in Star Wars history. Known among fans as the “Han Shot First” scene, it’s come to represent fan anger over George Lucas’ ongoing edits to the original trilogy. In the 2004 DVD release, the scene was re-edited to show both of the characters firing shots simultaneously (with Greedo’s missing), and multiple frames were removed from the 2011 Blu-ray (making the scene even harder to follow).

The Disney+ version restores Han Solo’s ruthlessness but adds a seemingly nonsensical line to Greedo’s dialogue: “Maclunkey!” This puzzling exclamation has gone viral, and everyone wants to know what exactly “Maclunkey!” means. Empire called Greedo actor, Paul Blake to ask him about the additional dialogue. 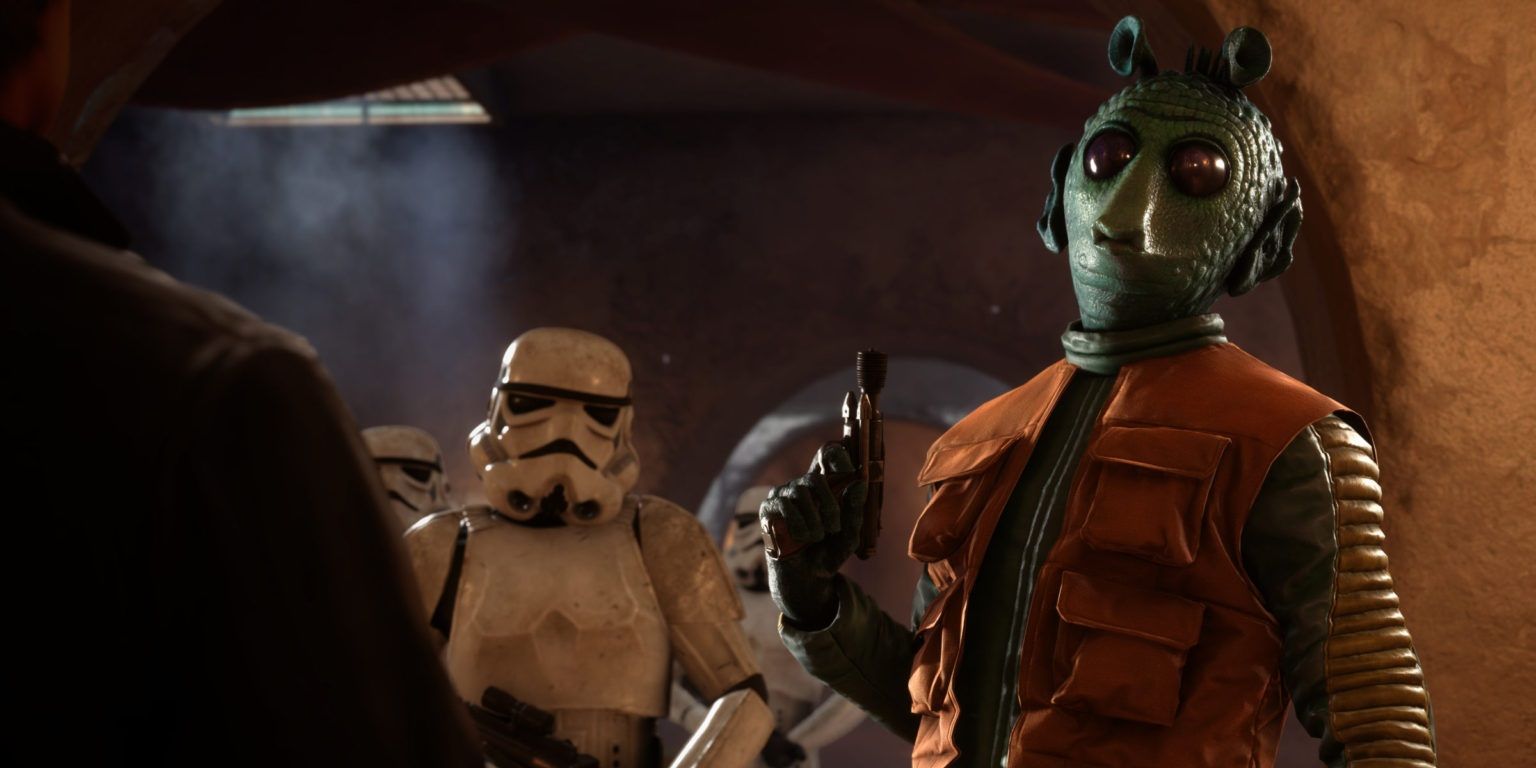 “I couldn’t understand a word of it. (laughs) It confused me incredibly, but I’ve never understood anything about the movies anyway, particularly that. The convention I’ve just come back from, I had a million opinions from everybody. This new word! How absolutely absurd, what is George [Lucas] doing these days?”

This newest change to the scene was made by Lucas before Disney acquired the rights to Lucasfilm. Originally, Greedo’s dialogue was recorded in English (rather than Greedo’s Quechua) and was pretty consistent with the movie’s subtitles. For the theatrical release, Blake’s lines were dubbed-over and scrambled electronically to create Greedo’s alien tongue. When asked how he felt about the inevitable array of “Maclunkey!” questions in his future, Blake joked that the dialogue could be some type of ancient Rodian last rites.

Whether this newest addition to Star Wars canon has any bearing on its mythology remains to be seen (probably not). As always, the fandom will continuing theorizing until the change is addressed by the creator himself, Geroge Lucas. “Maclunkey!” aside, it’s comforting to see Solo, once again, shooting first. A trigger-happy Solo has proven to be the preferable version of the Mos Eisley Cantina scene among most fans. Disney even made the shoot first, ask questions later philosophy a pivotal aspect of Solo: A Star Wars Story. The smuggler’s quick-draw in A New Hope served as a suitable (and daring) introduction to arguably the most entertaining character in the franchise. 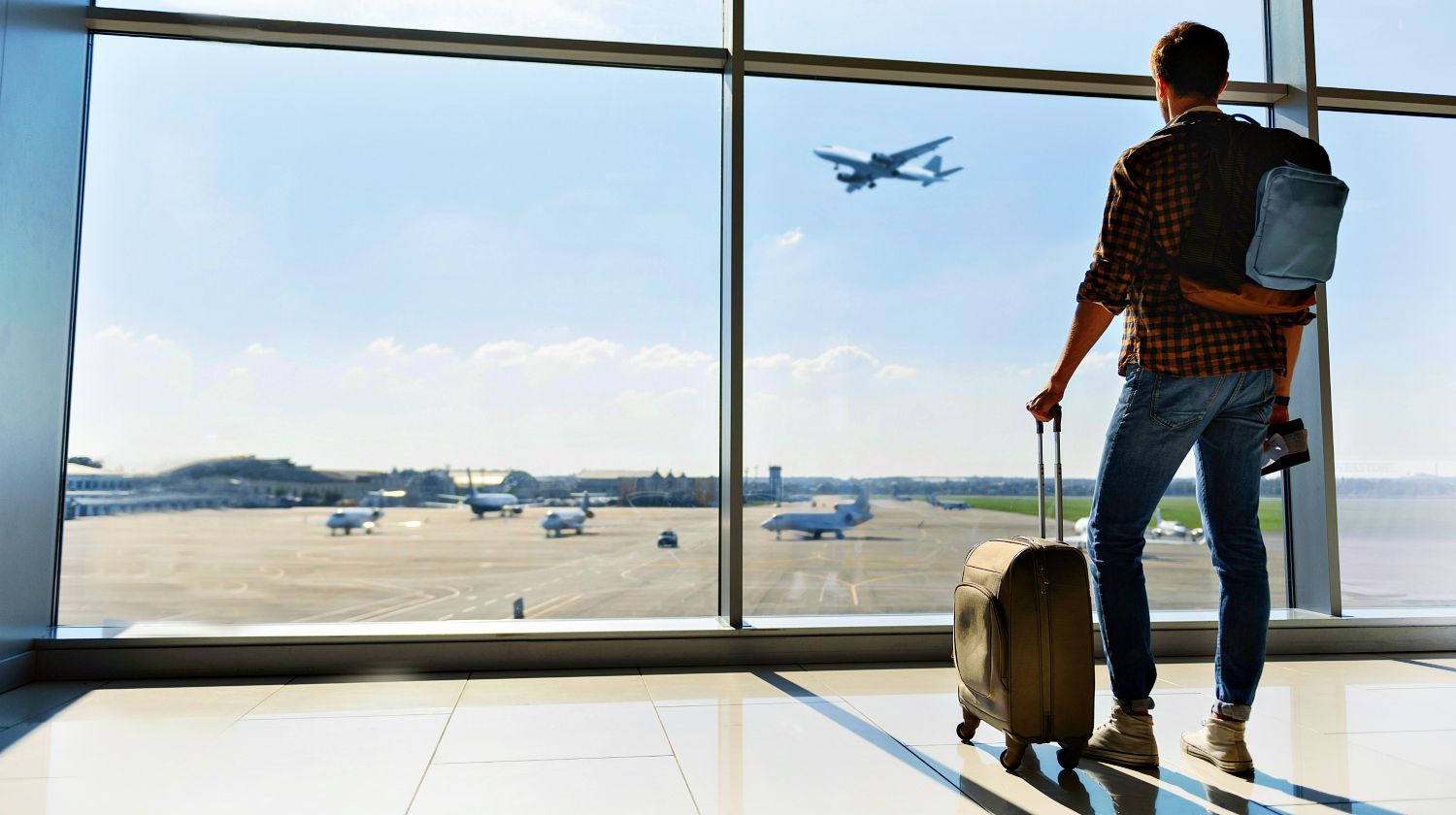 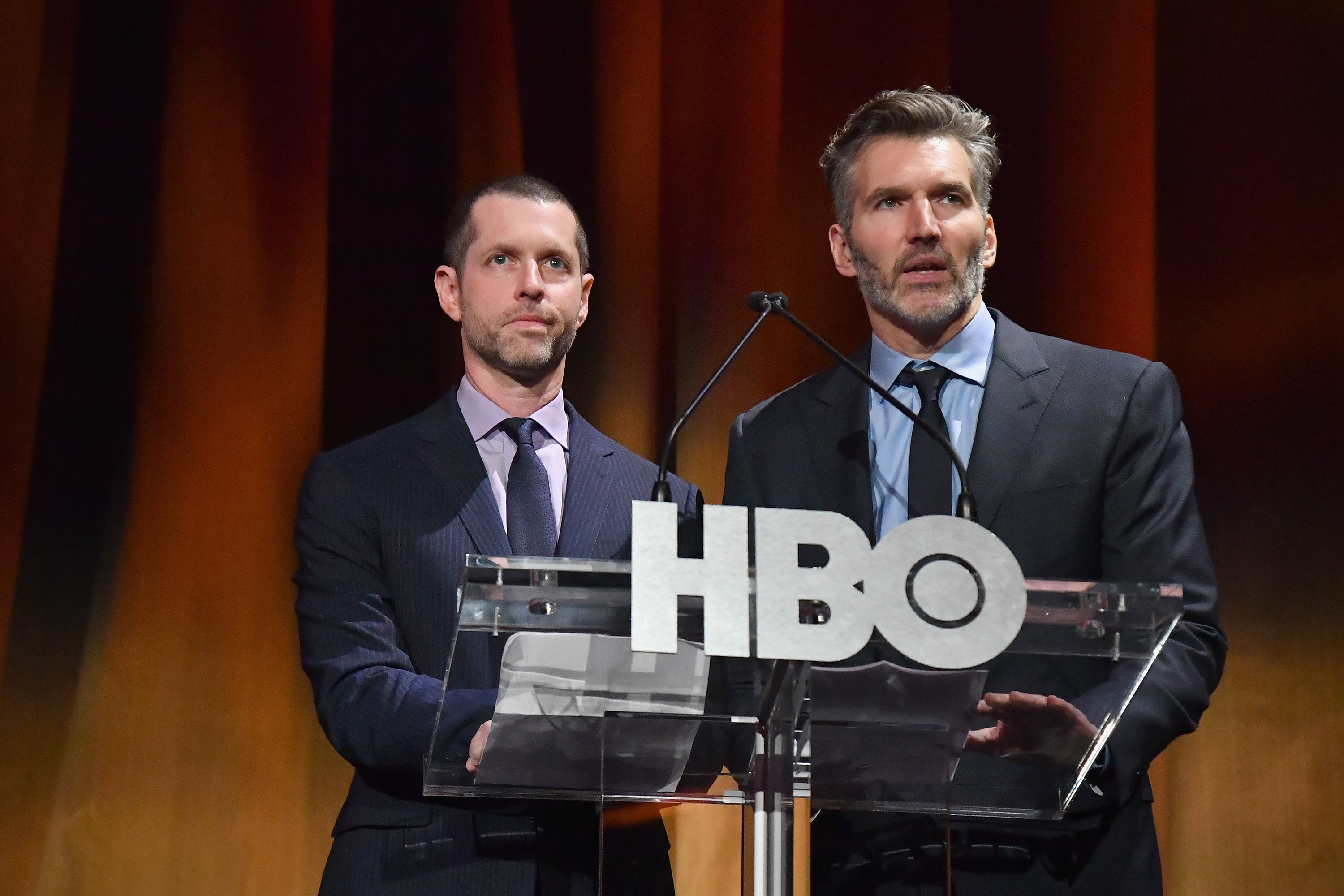